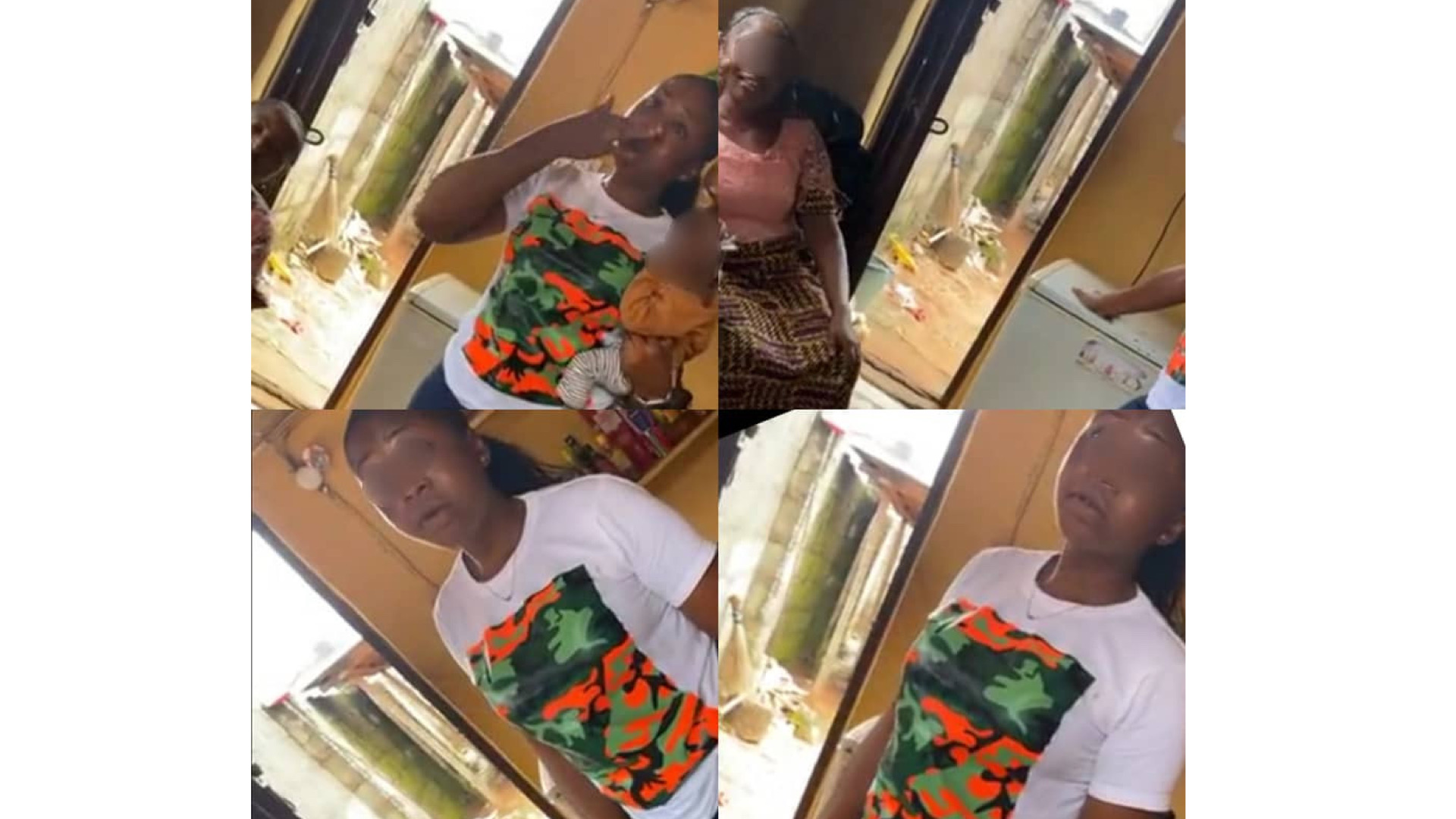 In Asaba, Delta state, a 14-year-old girl named Kosi was allegedly married off to a 48-year-old man who impregnated her.

Nonye, the victim’s guardian, has been arrested, according to activist Harrison Gwamnishu, who shared the story online.

According to Harrison, the victim was impregnated by the man and is about to be married to the man who got her pregnant.

The guardian, Nonye, and her mother can be seen in a video defending their decision to marry off the victim. Nonye stated that the wedding will take place on Saturday in Anam, Anambra state.

”We know it’s bad but go and tell her that next time she should close her legs because it is not anybody’s fault. We didn’t force her to go and marry”

The guardian contended that no one married the victim off, but that she freely agreed to marry the man who impregnated her.

”Nobody married her off. She willingly….” Nonye said

According to the older woman, she married at the age of 16 and sees nothing wrong with the 14-year-old girl marrying as well.

They rejected Harrison’s argument that the victim cannot give consent at such a young age and that the marriage violates Delta state’s Child Rights Act. Nonye and her mother then revealed that they are not from Delta, but rather from Anambra.

According to Harrison, the incident has been reported to the police, and the guardian has been arrested. He also expressed concern about threat messages he received after revealing the case.

#BBNaija : Pere used the veto power to save himself and replaced with Queen

“Cubana Chieftpriest is not part of the family, he’s nobody” – Kelvin brother blast and reveals in an interview