2baba makes shares an unusual video with tears in his eyes; begs God to protect his children (Video)

2baba’s supporters were concerned after he appeared practically teary in an emotional video in which he pleaded to God to safeguard his children’s lives and give them strength.

The singer’s video comes just a few days after he visited Sound Sultan’s burial in the United States.

Many speculated that the video upload indicated that the African Queen crooner was going through a rough patch.

Fans asked curious questions in the comments area of 2baba’s post, while also supporting his prayer for his children.

read also: “Is this the woman Tonto claimed be@t her?”- Reactions as Olakunle Churchill shares media of his mother for the first time (Photos/Videos)

“Hope all is well boss? Don’t be teary, your prayers will be answered.”

“Hope all is well? We know life is unfair but don’t be down like this. We are here for you.”

“God bless you man. Your children are safe.” 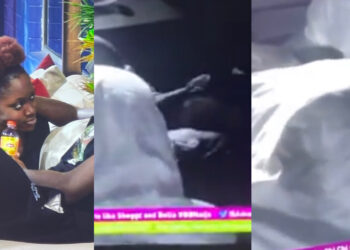