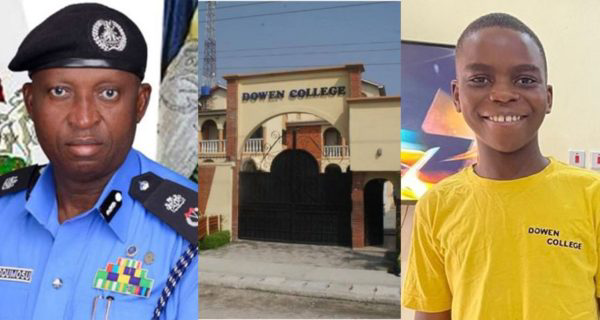 It has come to our attention that three out of the five students mentioned by the little kid who passed away due to being beaten by his fellow schoolmate have been detained in police custody.

This update was given by the Lagos State Commissioner of Police, Hakeem Odumosu during a live interview with Channels Television on 7th of December, 2021 which is on Tuesday. Mr. Hakeem had made it known that the 3 pupils of Dowen college are cooperating with them and giving vital information to assist them to look clearly into the cause of death of Sylvester Omoroni.

The Lagos state commissioner of police didn’t make mention of the names of the 3 boys in their custody because they are key suspects according to him.

Mr. Hakeem further added that the body of the deceased will be transferred for a post-mortem in Delta state to allow them to get the cause of death.

'D d*mon don talk'- The mother of one of the suspects, Edward Brown breaks silence on her son’s doings in the d*ath of Sylvester

Nollywood Actress, Uche Elendu reacts after being accused of being a bully in school