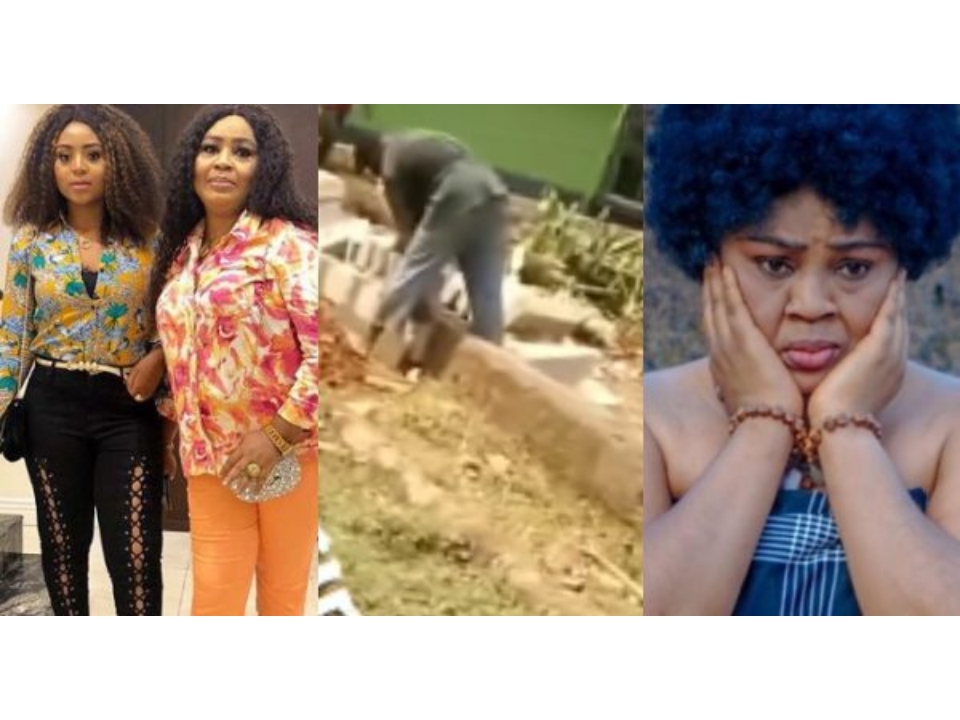 The mother of Regina Daniels, Rita has been accused by a popular Instagram blogger known as Cutie Julls of taking advantage of people because of her status and financial state.

It has been reported by the Instagram blogger that Rita has been exhuming people’s dead bodies and claiming their gravesites. The blogger said Rita Daniels carries out this broad daylight operation under the influence of her daughter’s husband who is a billionaire and famous politician who oppress people, Ned Nwoko.

“Rita Daniels goes on rampage buying grave lands from “poor” old people in Ogwashi-Ukwu and its environs. Many reports from different families reaching us is that Actress Rita Daniels has taken a new leaf of taking advantage of the mental and financial capacity of old people living on family lands, those in charge of family graveyards etc and “conningly” buys off those family heritages from them with what in lame terms is termed as peanuts One family reported that whenever other families gets hints of this criminal acts of Rita and gets the police involved, she then uses the influence of her son-in-law, Mr Ned Nwokwo to intimidate the victimised families and buy off the police

The reports have it that Miss Rita Daniels has been using her new status, “Ned Nwokwo’s mother-in-law to bully a lot of families in the Delta State. Especially families that are not very financially strong. Speaking to a 78year old man this morning, in tears he told us how Rita heartlessly exhumed the dead bodies of his family members including his parents and instructed her workers to pack the skeletons and dispose them off. Another young girl also tearfully spoke to us about her family’s ordeal in the hands of “Ned Nwokwo’s mother-in-law”, Rita Daniels. More too soon.”

I was addicted to p*rn*graphy and pr*m!scu!ty — Singer Banky W reveals what he battled and how he was saved

“Is Laycon or Dorathy purple skinned?” – Tolanibaj dragged for saying her fan base is low because she isn’t light skinned