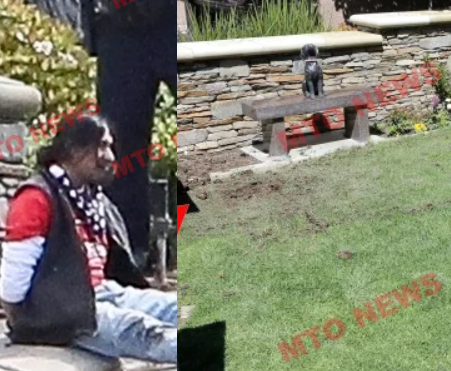 And the man who has not yet be IDed was seen putting on a knee pad to probably crawl and digging equipment were found with him at the scene.

A report from MTO says that;

“the man snuck onto the private gravesite with tools and began digging. Police say that the man peeled back the grass and began digging – and he dug fairly deep into the ground. He appeared to focus his efforts on one particular corner of the area and what appeared to be rectangular cutting marks could be seen through the grass.”

“Thank you for cleaning the tears of my eyes” — waist dancer, Janemena to husband after tape saga with Kpokpogri (Video)