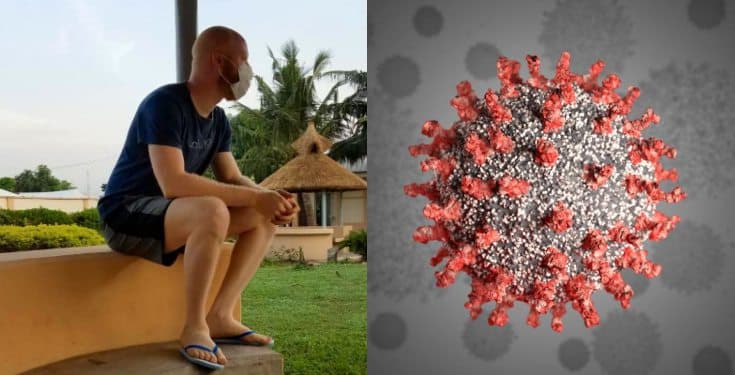 A Nigerian man who survived COVID-19 has come out to share his experience at Yaba Isolation Centre where he was treated.

The man is identified to be Olubunmi Adefisayo by name, and according to him, he tested positive to the deadly disease/virus.

Olubunmi Adefisayo had a chat with Nigeria Health Watch, in the chat stressed the fact that some Nigerians still do not believe in the existence of Coronavirus in the country.

”I don’t remember the exact date but in the first week of April, I noticed I had lost my sense of smell and taste. I checked online to know if it was a possible COVID-19 symptom. It turned out that some survivors mentioned those as their initial symptoms too. Then I decided to call NCDC to get tested. Two days later, the Lagos State team came to my house to take my sample for testing.“

“The waiting period was filled with a lot of tension. I just wanted to know the result so I could get it off my mind. It was a bit frustrating. Of course, I understood that the results were not immediate. Two days later, they called and said I tested positive. I gave them my address and within an hour, I was picked up and taken to the isolation centre.“

“My symptoms were very mild. Many people think that when you catch the coronavirus, you will die or experience debilitating symptoms. It is very bizarre that people don’t believe there is a virus. I find it very strange. It is not a joke. People need to stop reading all these conspiracy theories or believing all these weird websites. Look at only credible sources for information.“

“Anyway, I live in my apartment alone so I was worried about my neighbours. What if they contracted the disease from me? From touching the same gate as I did or something. Some of my neighbours were tested but luckily their results were negative. The Lagos State COVID-19 team also went to a supermarket I had visited earlier, to trace staff I may have had contact with. I don’t know the results of those tests. I hope none of them tested positive.“

“I was on admission in Yaba for 14 days. I remember a man that was brought into our ward. He was in his late 70s. He was clearly in a bad shape, he could hardly breathe. He struggled to walk. He was only with us for one night. The next morning, he was taken away. We don’t know what happened to him. We asked the health workers but they didn’t tell us anything. Maybe because of ‘patient confidentiality’. Nobody said anything. I wonder where he is or what happened to him. – Olubunmi Adefisayo, #COVID19 Survivor“

Buhari 2nd term in office anniversary will be low-key

“We’re on different lanes; we love each other” – Burna Boy speaks on competing with Wizkid (Video)