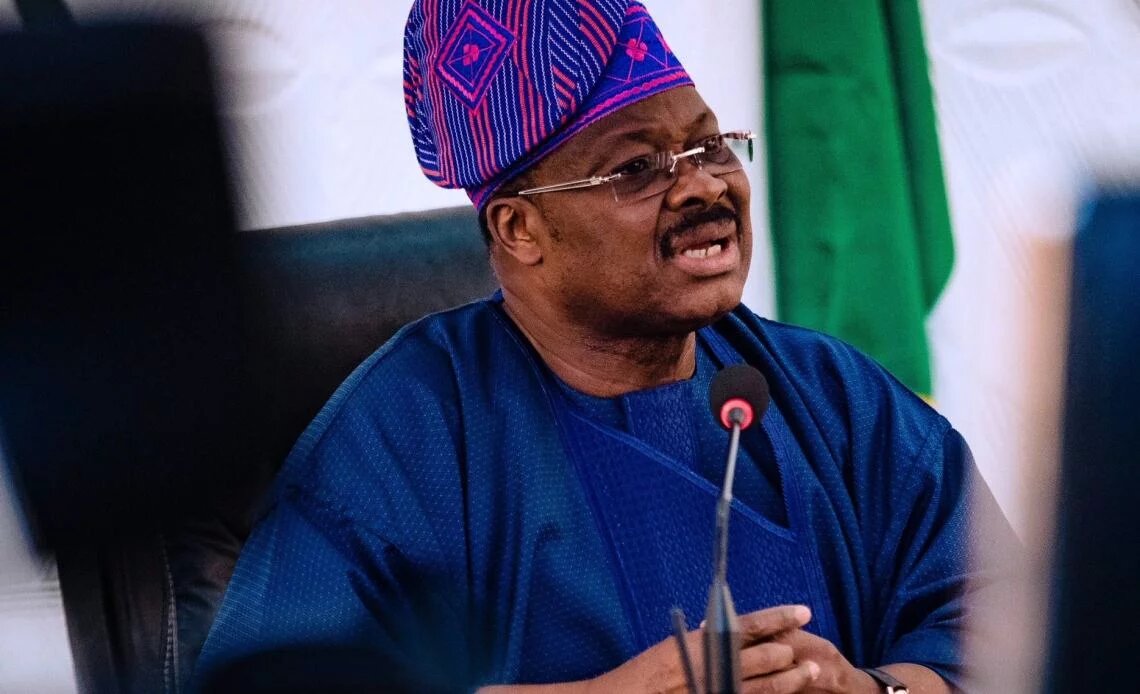 Former Governor of Oyo State and a member of the All Progressives Congress, APC, Abiola Ajimobi, has taken over the position of the Acting Chairman of the party.

Ajimobi was appointed following the order of the Court of Appeal in Abuja confirming the suspension of Adams Oshiomhole as National Chairman.

Curiously, the former Senator has under the weather from the public since May.

According to reports, he is currently receiving treatment in a hospital in Lagos.

However, the former Governor of Oyo State has encouraged the party’s stakeholders to “continue to observe peace”.

Ajimobi made the call in a statement on Wednesday by his spokesman, Bolaji Tunji.

Tunji said the Acting National Chairman, would call a meeting of the National Executive Council (NEC) “to resolve all contentious issues” very soon.

“We should, therefore, let peace continue to reign until we call the NEC meeting and take a position on the way forward”, he said.

APC stated that Ajimobi’s appointment was successful after support from five of the Six South West states of Oyo, Ondo, Ogun and Lagos, only Ekiti was against his nomination.