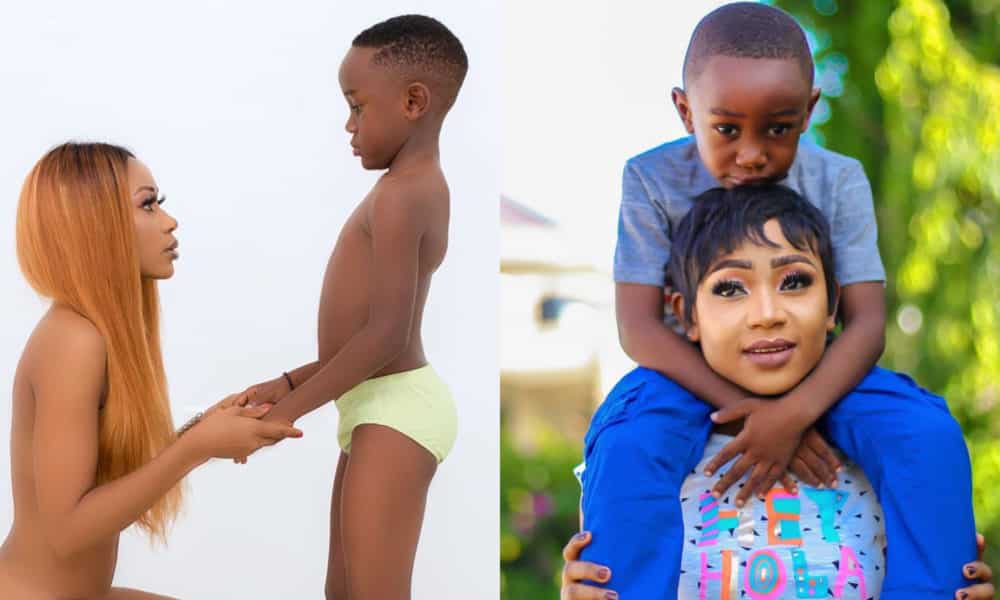 Ghanaian actress and video vixen, Akuapem Poloo has been arrested over her debatable naked photo with her seven-year-old son.

The arrest is coming days after Child Rights International petitioned the Inspector-General of Police in Ghana to investigate her over the sensitive birthday photo with her son which caused an uproar on social media.

In the photo, which she posted on Tuesday, June 30, the actress went completely naked in a photoshoot with her son to celebrate him on his 7th birthday. She said she decided to go nude in front of her son who was only in his underwear because she gave birth to him naked and he has been seeing her nakedness when they bath together prior to the photoshoot.

According to Ghanian media, Akuapem Poloo has been apprehended by operatives of the Criminal Investigations Department (CID) and is being sent to the headquarters of the Domestic Violence and Victim Support Unit around the Ministries in Accra.