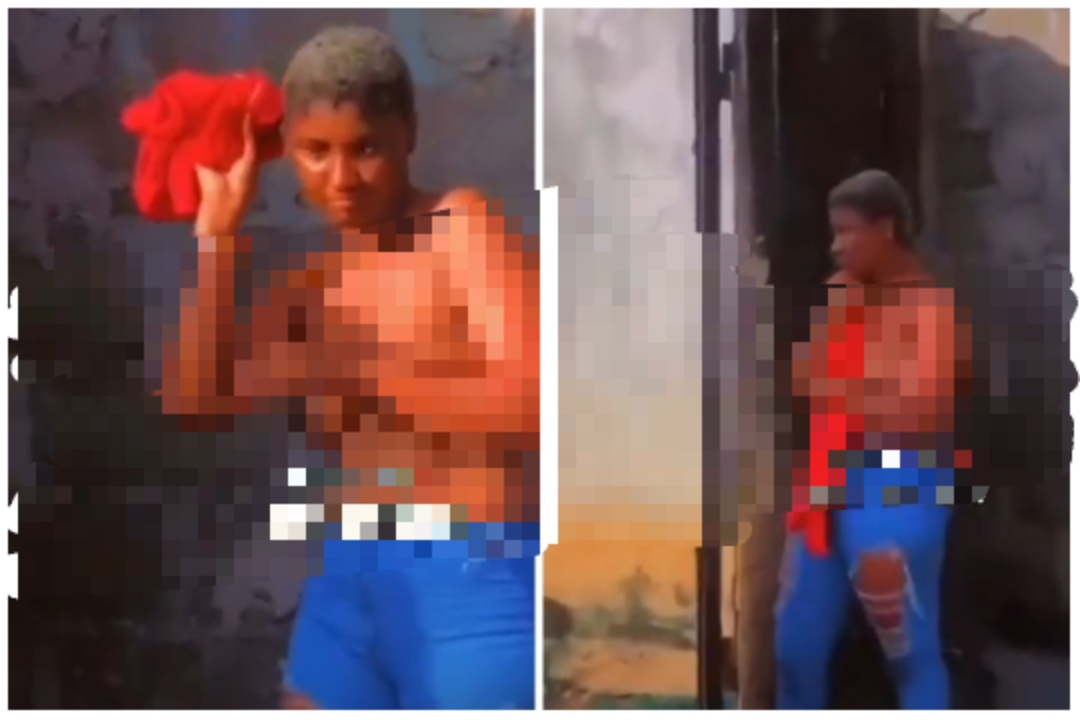 The current state of the nation is a community where young folks have below and above the age of 18 have chased after being successful via the means of sacrificing humans.

A few days ago, four bits were arrested after being caught with a dead body, the boys were caught burning the head after cutting it off for the purpose of blood money. These boys were reported to be below the age of 18.

Currently trending on Twitter is #ritual, lots of people are dropping their opinions on the situation and how it can be stopped before it becomes the new normal. Already is killing of people by bandits and kidnappers, now the youth and leaders of tomorrow are engaged in a race for wealth via ritual.

The main topic is a pretty lady dressed in a top and jeans, she was seen to have taken off her top and was been told to evacuate the area where she became drained/mentally ill. watch the video.

‘They are back?’ – Reactions as Davido and ex-lover, Chioma are spotted together at a family event (Video)

Nigerian pretty lady reveals why she loves men that do 419

#BBNaija: I will never have sex on national TV – Prince tells Tolanibaj (video)