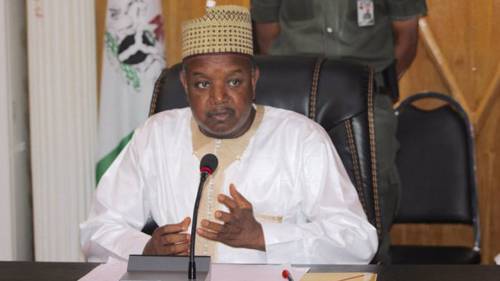 The governor of Kebbi State, Governor Atiku Bagudu came in defense of President Buhari, saying he is not to be connected with any wrongdoing because he took the All Progressive Congress (APC) meeting to Aso Villa in Abuja.

Gov Atiku Bagudu who is also the Chairman of the Progressives Governors Forum on the 30th of June said President Buhari did not in any way violate any constitution.

“So, this partisanship, if belonging to a political party can be described as such, is constitutional as it is imposed upon us by the constitution, but unfortunately, the Nigerian Constitution necessitates that aspirants can only contest on a party’s platform and Buhari contested on such platform, won and took the oath of office.”

H added that he has no knowledge of “any sentence in that oath of office that could have been violated by the president, attending a political party meeting in a virtual manner”.

He explained that the COVID-19 pandemic in the country made President Buhari adjust his ways so that he can participate in virtual meetings, as part of his official duties and since he belongs to a party, he must also attend the activities of his party as he has to pay his dues for being a member.

Actress Halima replies and blast Bobrisky, calling him a fool