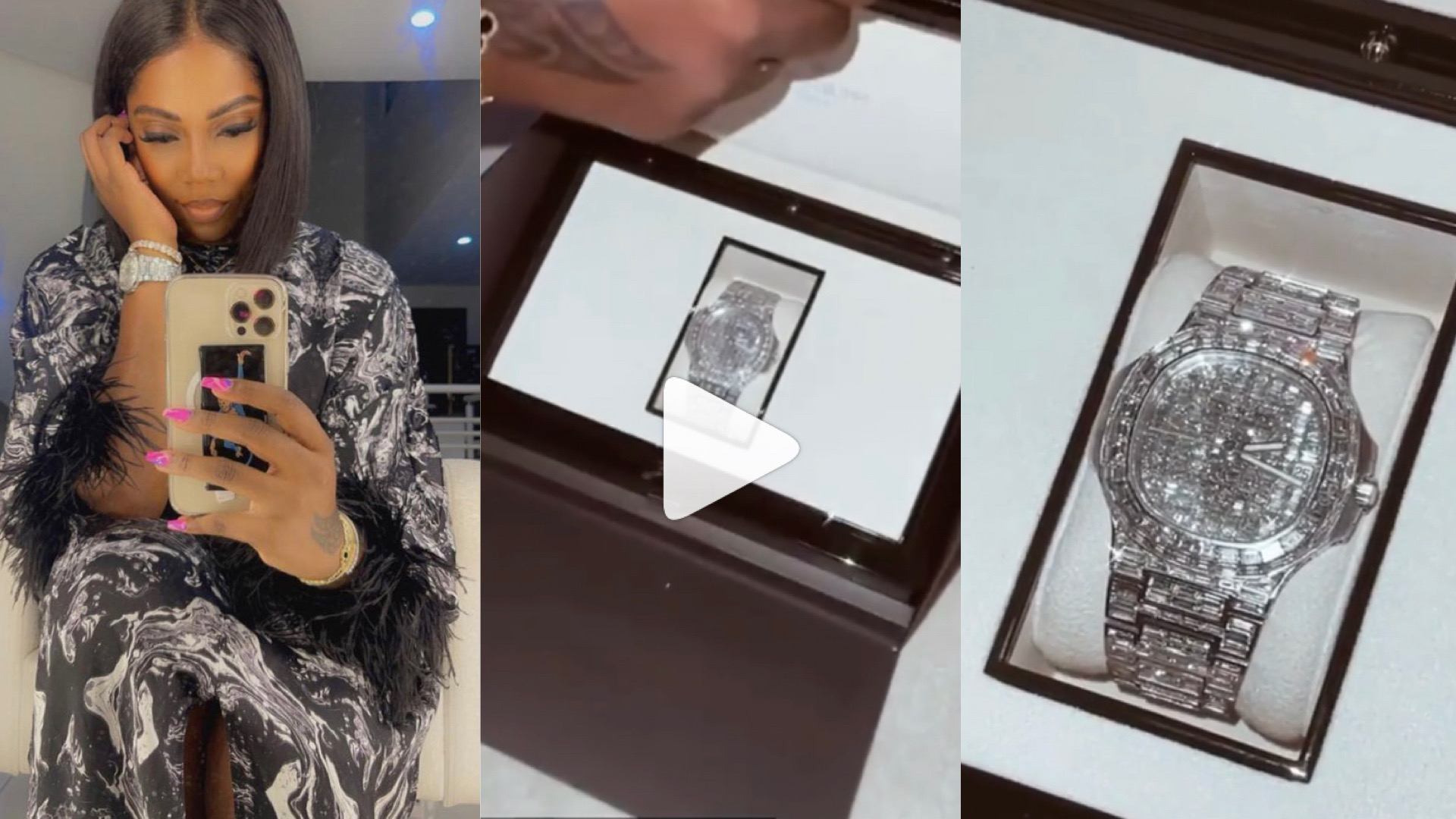 Female Nigerian singer, Tiwa Savage who is in the midst of a Ssx tape saga has reportedly spent 79 million Naira on a Diamond wristwatch.

The watch is from Patek and it’s Diamond entrusted. Despite the release the of the 10s video of her, she looks and reacted unbothered as she already said because she knew it was going to be leaked eventually by the blackmailer.

The wrist watch is originally worth 140k USD and she unboxed it while her fans were feeling sorry and all for her which she said said they should not bother doing that not defend her about the leaked tape.

Tiwa Savage leak : Angel reacts to the video and states the problem

“Sometimes rejection in life is redirection”-The Attention I Get Now Is Overwhelming, Eniola Badmus Speaks On Her Weight Loss (Photos)