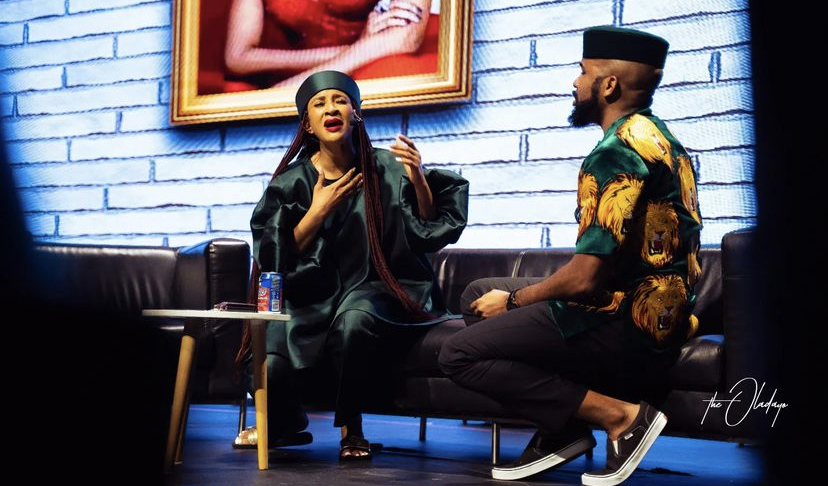 Banky W and Adesua Etomi are the latest guests on Ebuka Obi-Black Uchendu’s Box Interview. During their appearance on the show as the first-ever doubleheader edition, the duo discussed a variety of issues.

The Singer recalled being kidnapped and kept captive by armed robbers on his way back from church. Banky W said, after being picked up and manhandled, the robbers drove with him in the car as they proceeded on to rob more vehicles in the heart of Victoria Island.

The father of one and husband to Adesua Etomi claimed that he was so afraid that police officers would arrive and simply open fire on the car, unaware that the criminals had a hostage with them.

Banky W added that when the armed men finished their job, they decided to dump him off in Ajah and kill him there. He began to beg for his life and had no choice but to introduce himself as a musician before performing a mini-concert for the robbers on the car as weapons were pointed at him.

Gistlover shares chat & voice note of skitmaker, Ashmusy begging for her 'nnyansh' to be kept secret

#BBNaijaReunion: Saga Talks about his relationship with Nini said he didn’t cross any boundaries (Video)