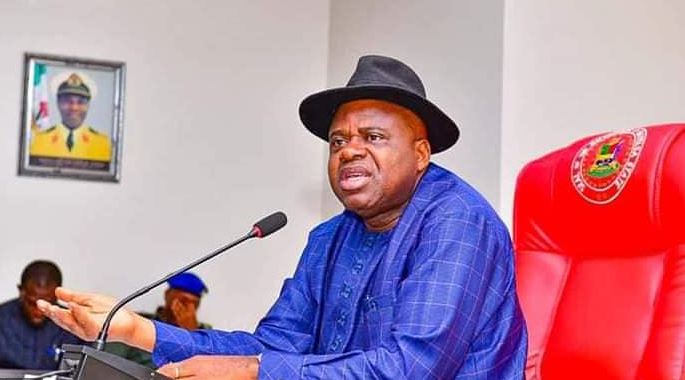 The leadership of Bayelsa State has expressed interest in working with the European Union to ensure high levels of security in the Gulf of Guinea.

Gov. Douye Diri, the governor of Bayelsa state, received a team from the European Union on maritime security at an event in Abuja, and Governor Diri stated that Bayelsa state is interested in cooperating with the EU to maintain the security of its marine zone and the utilization of its resources.

Mr. Daniel Alabrah, the governor of Bayelsa State, also made a statement, describing the people of Bayelsa as important stakeholders in the maritime zone’s safety, and stating that the life of the entire Ijaw nation depends on it.

He went on to remark that because the ecosystem is so important to the people of the state, his present administration has built a stringent regulatory framework to assure economic development.

Governor Diri further claimed that the state government of Bayelsa had become personally involved in all affected localities in the state where possible marine criminal activities were originating. He stated that the state’s Community-Based Crime Prevention and Development Intervention strategy was the first of its type in any of Nigeria’s nine coastal states.

Gov. Diri remarked that his government has continued to develop an atmosphere that promotes good governance, openness, and accountability, all of which are important components in the battle against marine crime.

The governor also encouraged the international community and Nigeria’s Federal Government to involve states in maritime security issues, while reiterating his government’s commitment to Bayelsans’ well-being and the preservation of peace, security, and stability.

The Ijaw people, who dwell along Nigeria’s coast, were also mentioned by Ambassador Boladei Igali. He claimed that whatever happens in that geographic area will surely have an impact on people; as a result, he argued for direct aid to the state, rather than the current practice of providing support in the form of interventions to the center.

Mr. Nicolas Berlanga, the European Union’s Senior Coordinator for the Gulf of Guinea, recently indicated that the EU and its partners are happy to engage with the government and people of the state as long as they give the required leadership.

Because the Spanish Ambassador to Nigeria, Juan Sell, acknowledged that success would be impossible unless the coordinating units were involved in measures to increase security in the Gulf of Guinea, the meeting with governments was convened.