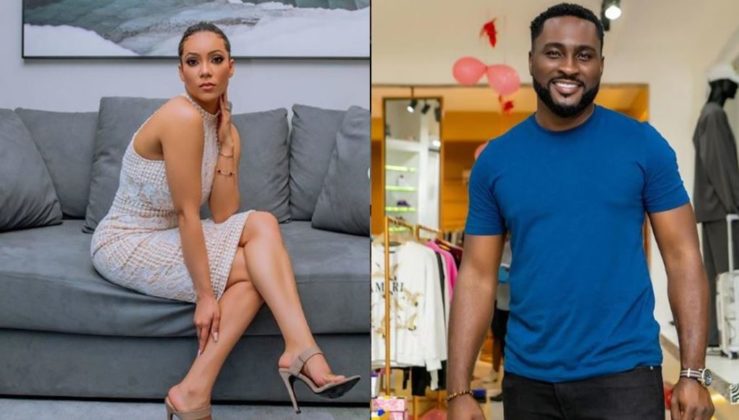 BBN star and actor, Pere knocks troll who asked him about f#ngering Maria during the reality TV show 

Pere Egbi, a former Big Brother Naija ‘Shine Ya Eye’ Housemate, lambasted a troll who inquired if he agreed to have f#ngered his colleague Maria on the reality TV show.

People should stop assuming that all of Pere’s tweets are about BBNaija drama, he said in a post on the microblogging network Twitter.

Pere advised viewers to give their beloved characters a chance to breathe now that the show has concluded, as there is no need for them to battle.

A troll replied to Pere’s post by asking if he was threatening social media users and challenging him to tweet.

The troll then asked Pere if he and Maria had finally agreed on who would point the finger, and Pere said yes.

You dey threaten us? Oya first tweet na… make we see the fire. You wan threaten cultists like us? Enhee Pere, how far Maria? You don finally agree who finger who?

Ask your father who he finger.

"I Dey sell form to become the next Queen of Alaafin of OYO" - Gistlover spills new updates on Alaafin of Oyo and his wife, Chioma