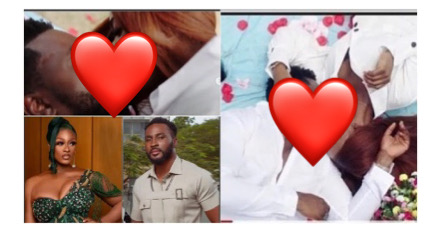 Pere Egbi and his colleague, Uriel Oputa, from Big Brother Naija, have failed to attract a significant audience for J. Martin’s new music video ‘Oyimma,’ despite their steamy moments.

It’s not unreasonable to think that those sequences were added to boost the video’s popularity and make it go viral, but this did not happen.

A quick peek at J. Martin’s YouTube channel indicates that the video, which was only posted a week ago, is still gaining traction.

The music video got 38 thousand views at the time of filing, compared to other videos on his channel.

“I was prepared to take it with my full chest!!” – Nancy Isime vents as she issues a final statement on a ro.man.tic relationship with a married man

“I knew this would happen, hence I have been pushing for this case to be brought to Abuja” – Actress Tonto Dikeh reacts to report that Baba Ijesha could be released

#BBNaija: “Wahala 😂” The moment Big Brother called Nini to report to the diary room. The look on Saga’s face straight from sleep [Watch]