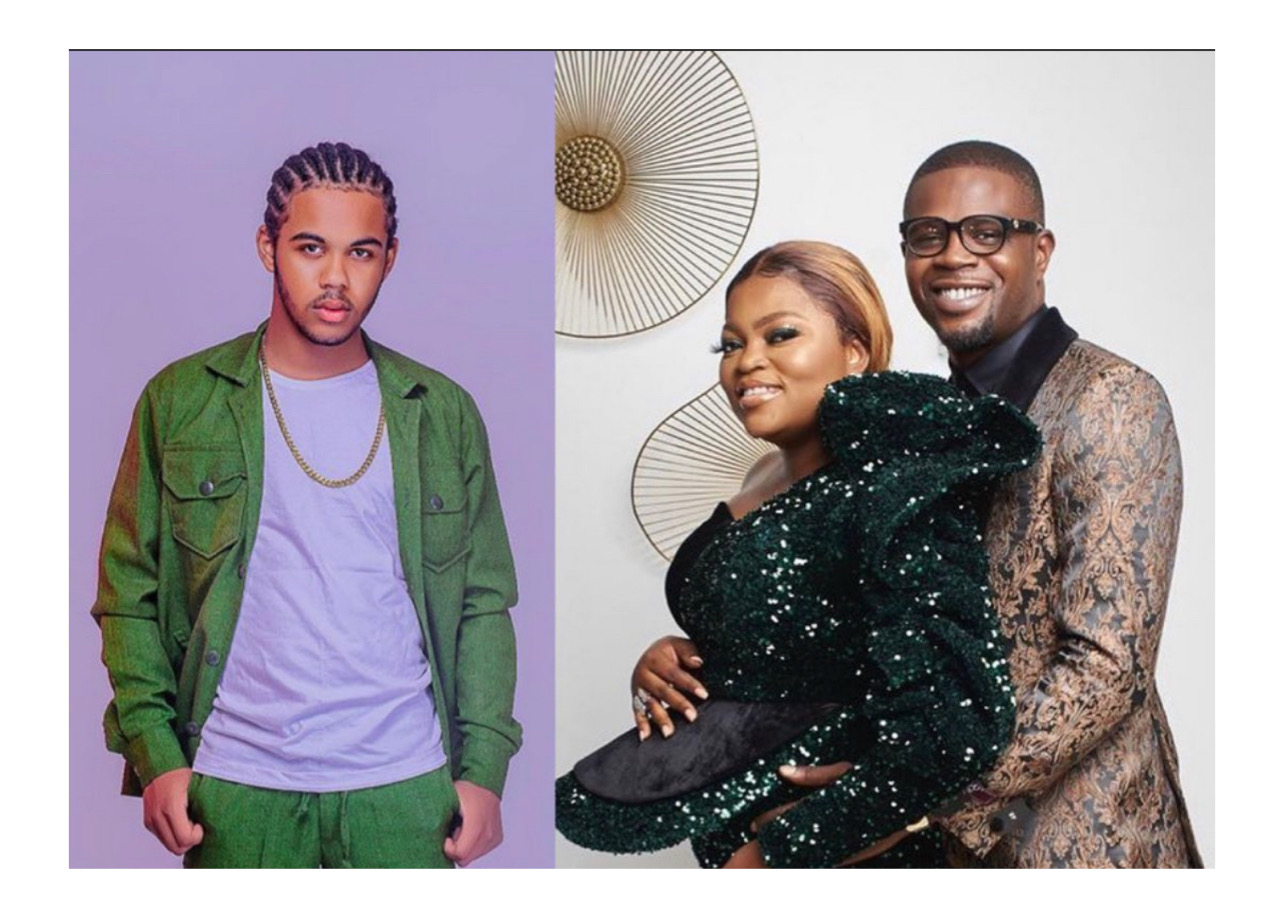 The stepson of popular Nollywood actress Funke Akindele, Benito Bello, in a new video, reveals some details about his stepmother.

Funke Akindele and her husband, JJC Skillz, have been reported to be in a marriage crisis, which the couple later debunked a few days ago at the AMVCA event. Though the couples were seen together, many still believe it was all just for damage control.

The mother of Benito in recent weeks consistently called out the celebrity couple, JJC and Funke for reportedly wanting to ruin the life of her son, Benito by maltreating him during his stay with them.

In that video, Benito called out his father, JJC, for beating him till he landed in the hospital and his stepmother for maltreatment. Well, Benito, in a more recent video circulating on the internet, showed a message he received about his stepmother.

READ ALSO: Mercy Eke reveals what she really desire to have but scared because of Netizens reactions

Benito had gone live on Instagram to explain the listed habits and attitudes of his stepmother, and according to him, he could relate and confirm that they are all true. In his live video, he said, “I have a screenshot I would like to share from a worker inside scene one production.” He added by displaying the screenshot.

He further stated that he can only relate to all of it because he has seen all of it. He said everything listed in the screenshot is true, adding that Funke Akindele has also cheated on JJC with her PA. Benito with a video proof added that Funke Akindele is used to screaming at her works and doesn’t preach what she says online.

Benito also admitted to his father cheating on her stepmother and because of that, they have not been sleeping in the same room for 2 years according to him, Funke hangs out and does whatever she wants which prompted his father, JJC to investigate which he later found out that she was cheating.

Benito also made it known that Funke is violent, adding that she had once hit and ripped off his father’s shirt but he can’t show the video his father made of the scene for the best reasons. Someone asked him if his dad and Funke are in good times now, and he replies; “Guy, they are not really together, they both cheated on themselves, they both had a fight…my is practically living somewhere else, I don’t even have no care for them anymore…i can only say what I’ve seen”. Watch the video below;

READ ALSO: Influencer, Papaya Ex in pain, cries out over her 3 stolen phones and jewelry by her security guard and offers N200k to whoever finds him (Video)

Blossom's ex-wife, Maureen Esisi reacts after she was called out for smooching her friend’s 'balloon' and the reason why he left her (Video)