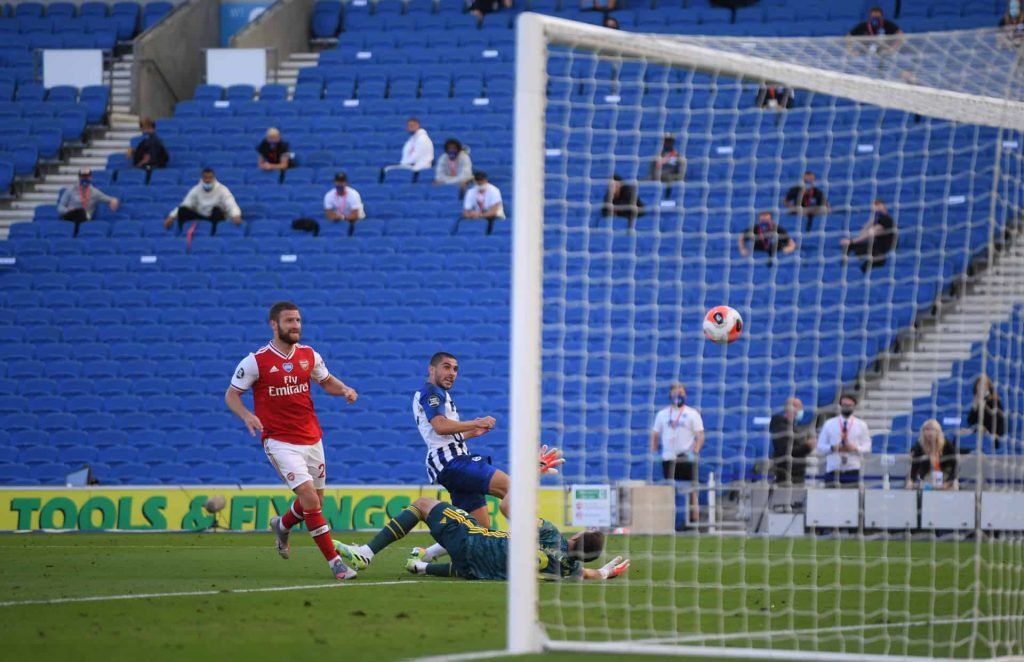 Arsenal manager, Mikel Arteta, has disclosed that the club will ascertain the magnitude of Bernd Leno’s injury in few days.

Leno was seen holding his knee after a collision with Neal Maupay wounded him in the first half of their 2-1 defeat at Brighton on Saturday.

The Germany international was substituted by Emi Martinez, who went on to concede the two goals.

Arsenal fans are now gripped by fear due to the news that Leno could now miss the rest of the season, but speaking to BT Sport after the match, Arteta said it was too early to tell how serious the injury is.

“It doesn’t look good but we don’t know anything yet. It is too far from me, I haven’t seen the actions.

“I always believe players don’t have intentions to injure people and I am sure he did not intend to do that,” Arteta said.

You don't need a church wedding to be married, it isn't in the scriptures - Reno Omokri says

#BBNaija: It’s all belly laughs and chilled drinks for Boma and Tega as they enjoy the executive lounge (Watch)

“There is nothing in COVID-19”- Bishop Oyedepo says