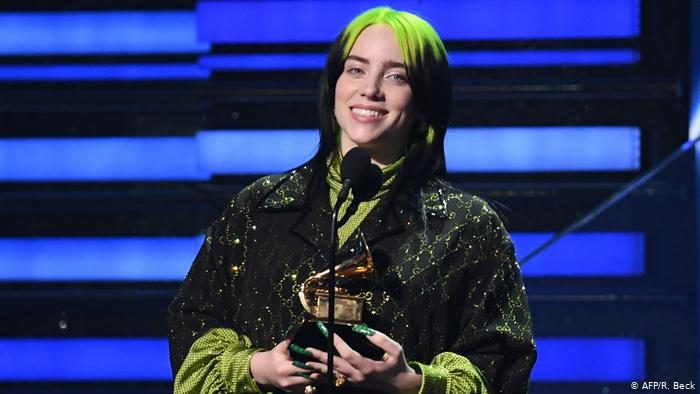 Billie Eilish has released her “James Bond 007” theme song for “No time to die” movie. The 18-year-old singer was picked to record the 25th Bond movie theme and there has been a lot of expectation for what the youngster will deliver.

The five-time Grammy award winner released the track on her Instagram page at 12 PM, and the movie is to be released in April.

The film is set to be Daniel Craig’s last appearance as 007 and Eilish has affirmed via web-based networking media that she is set to play out the new track at the BRIT award which is just a week from now. Billie Eilish will be joined by Hollywood film author Hans Zimmer and Johnny Marr for the performance.

This will be the 40th annual BRIT award event and so much is said to happen as the five-time Grammy award winner is predicted to have her “Adele” moment, which could really pave great ways for her career.

According to a source;

“Artists at the BRITs this year have been given more creative license with their performances and Billie wanted nothing more than to showcase No Time to Die on a big stage in the country where James Bond is famed for.”

Frank Lampard's comment on Bruno Fernandes ahead of Man-U match