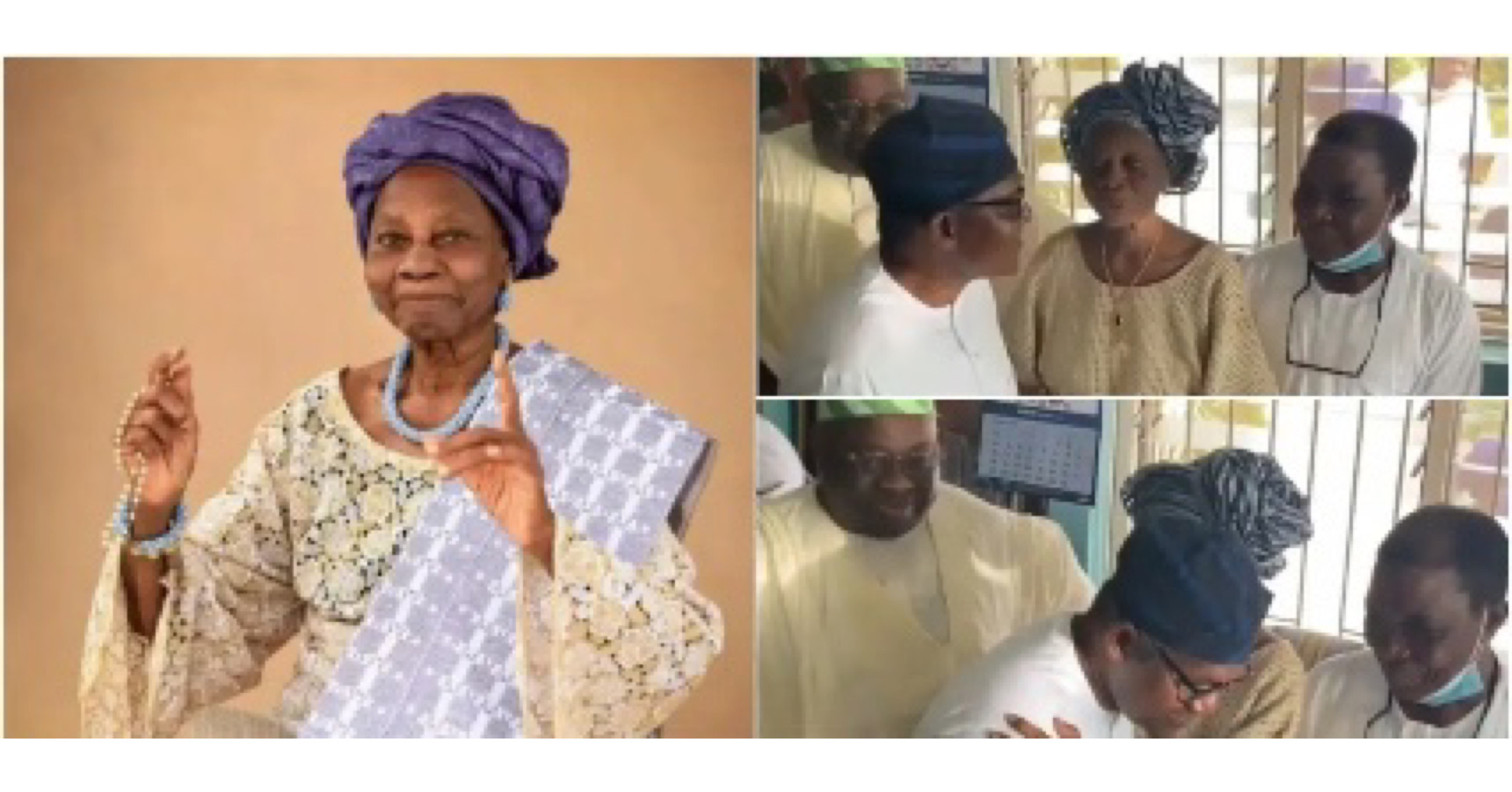 Over the weekend, Lady Doja, the mother of Nigerian billionaire Femi Otedola, celebrated her 90th birthday in style.

Dele Momodu, a political candidate and media mogul, sought to pose for a photo with the celebrant in one of the event’s viral films, but she immediately moved him by calling out to billionaire Aliko Dangote.

Lady Doja, who served as the first lady of Lagos from 1992 to 1993, prayed for him, and Dangote was seen shouting amen to her words.

Actress, Mercy Aigbe and her new husband turn heads as they channel ‘Yoruba/Benin Royalty’ at the King of Thieves movie premiere (Video)

#BBNaija: ‘Emmanuel really likes Liquorose, and has been trying to define their relationship, but…’— Maria in new interview (Watch)

How actress, Kemi Afolabi spends N1.2million weekly on medications to survive after being given just 5 years to live (Details)