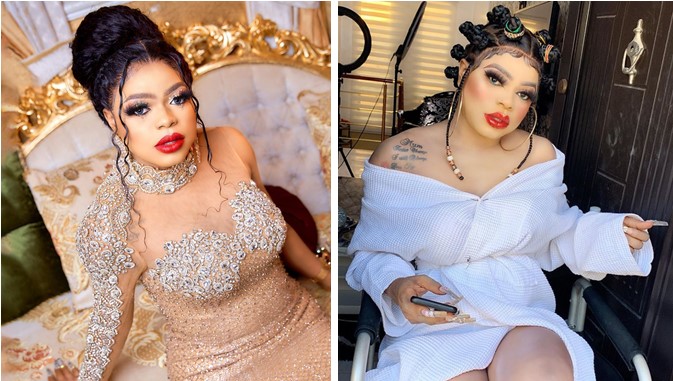 Controversial Nigerian crossdresser, Idris Okunneye, also known as Bobrisky, has been dragged by some fans on Instagram after flaunting the foreign currency given to him by his mystery lover.

Aside from entertaining his fans and followers, Bobrisky has been dragged numerous times for living a phony life by gistlover, but he appears unconcerned by critics’ words.

Bobrisky took to Instagram to share a video of himself making his fans jealous with the $3,000 he received from his lover.

While thanking his lover, Bobrisky challenges a faceless blogger to live a better life instead of hiding behind fake pages and keypads.

Bobrisky wrote: “Thanks baby. Love you. Tell that faceless blogger to come out she might see boyfriend to better own life too instead of hiding under fake pages make her kpekus no rust for under keypads o.”

‘If late Osinachi had left her husband, no church will call her to minister’ - Relationship expert, Blessing CEO blasts Nigerians

#BBNaija: I think Liquorose has found out that Emmanuel is a flirt – Angel shares her experience (Watch)