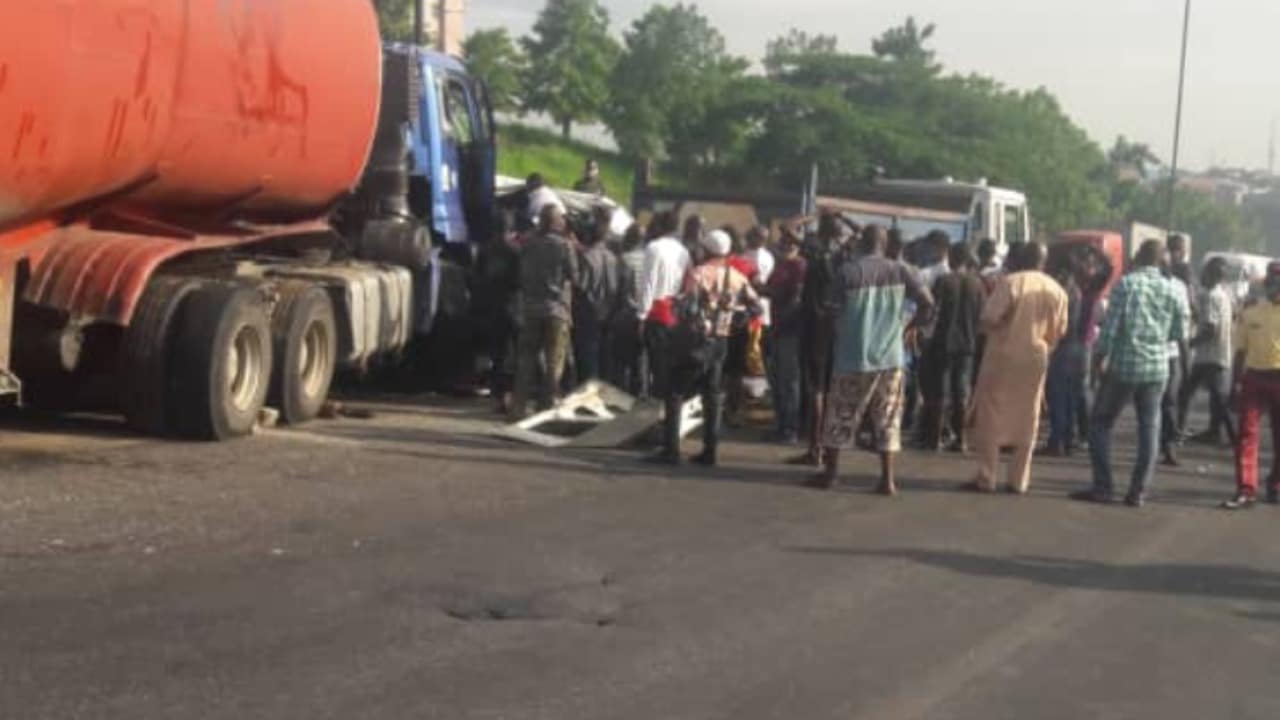 Reports reaching NAIJANEWS360 at the moment is that a tanker and a fully loaded commercial bus were involved in a ghastly accident on Thursday morning.

The incident occurred around 9:00am on Otedola Bridge, Lagos.

A number of motorists are feared dead.

The crash happened at the lane inward Berger.

The situation has resulted in heavy gridlock from the spot of the occurrence up to the Lagos State Secretariat in Alausa.

Emergency workers are now at the scene.

NCDC response to COVID-19: Why patients are seen dancing and playing in viral video

Lovely moment:“Somebody Help Me” – Wizkid Cries For Help in a wrestling match with His Son, Zion (Video)