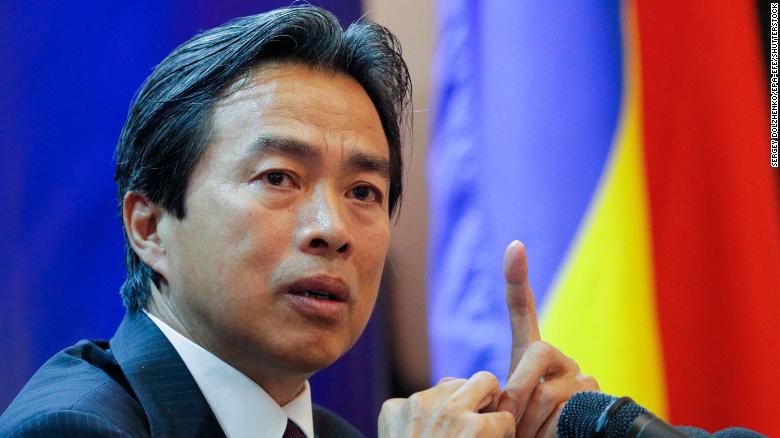 China’s ambassador to Israel, Du Wei was found dead in his apartment in a Tel Aviv suburb on Sunday.

Du Wei is only 57 years old and because of that, his death cannot be treated as being suspicious according to a report on CNN.

A report by Reuters says the cause of the death has not found and according to an Israeli police spokesman, he told Reuters newsmen that “As part of the regular procedure, police units are at the scene.”

The Ministries (Ministry of Foreign Affairs in Beijing and the Chinese embassy in Israel) are also yet to announce the cause of Du Wei’s death but Israel’s Channel 12 TV stated that the ambassador died from natural cause when he was asleep but the medical source was not stated.

Du Wei’s died after a week of the US Secretary of State Mike Pompeo visited Jerusalem where he openly criticized China’s actions over the outbreak of the pandemic, adding that Israel should stop all major contracts with China as reported by CNN.

Du Wei is married with a son and he has just appointed the ambassadorship role in February 2020 in Israel where he spent two weeks of self-quarantine on his arrival to Israel.