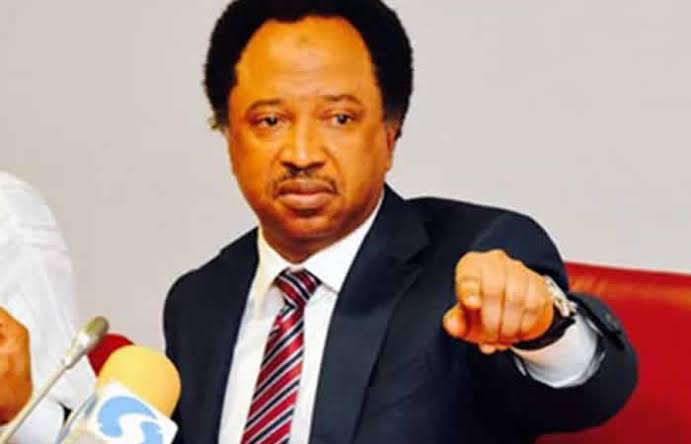 Former representative of the Kaduna Central Senatorial District at the National Assembly, Senator Shehu Sani, has shared his two cents on the decision of President Muhammadu Buhari to call off his scheduled nationwide broadcast on Monday.

The Presidency announced Buhari’s U-turn on the expected nationwide broadcast on Monday afternoon.

Following the President’s decision, the Presidential Task Force on COVID-19 later made an announcement that the first phase of the gradual easing of lockdown in Abuja, Lagos and Ogun States will continue.

The National Coordinator of the PTF, Dr. Sani Aliyu had told Nigerians yesterday to expect Buhari’s broadcast on Monday (today)

Aliyu spoke when he appeared on Channels Television’s Sunday Politics.

Reacting to the development, Sani suggested that the President may have taken the decision in order to avoid blasting from angry Nigerians.

Baba [Buhari] wanted to come out and talk to you [Nigerians], [and when] he peeped through the Window, instead of each of you holding a notebook and a pen, you were holding stones. And he just went back to Za[the] living room. Return your stones from where you picked them.”

“If my husband 4ks up, I’ll marry another man, making it 4- 5 baby daddies. Is it your womb?” – Toyin Lawani fires back at trolls (Video)