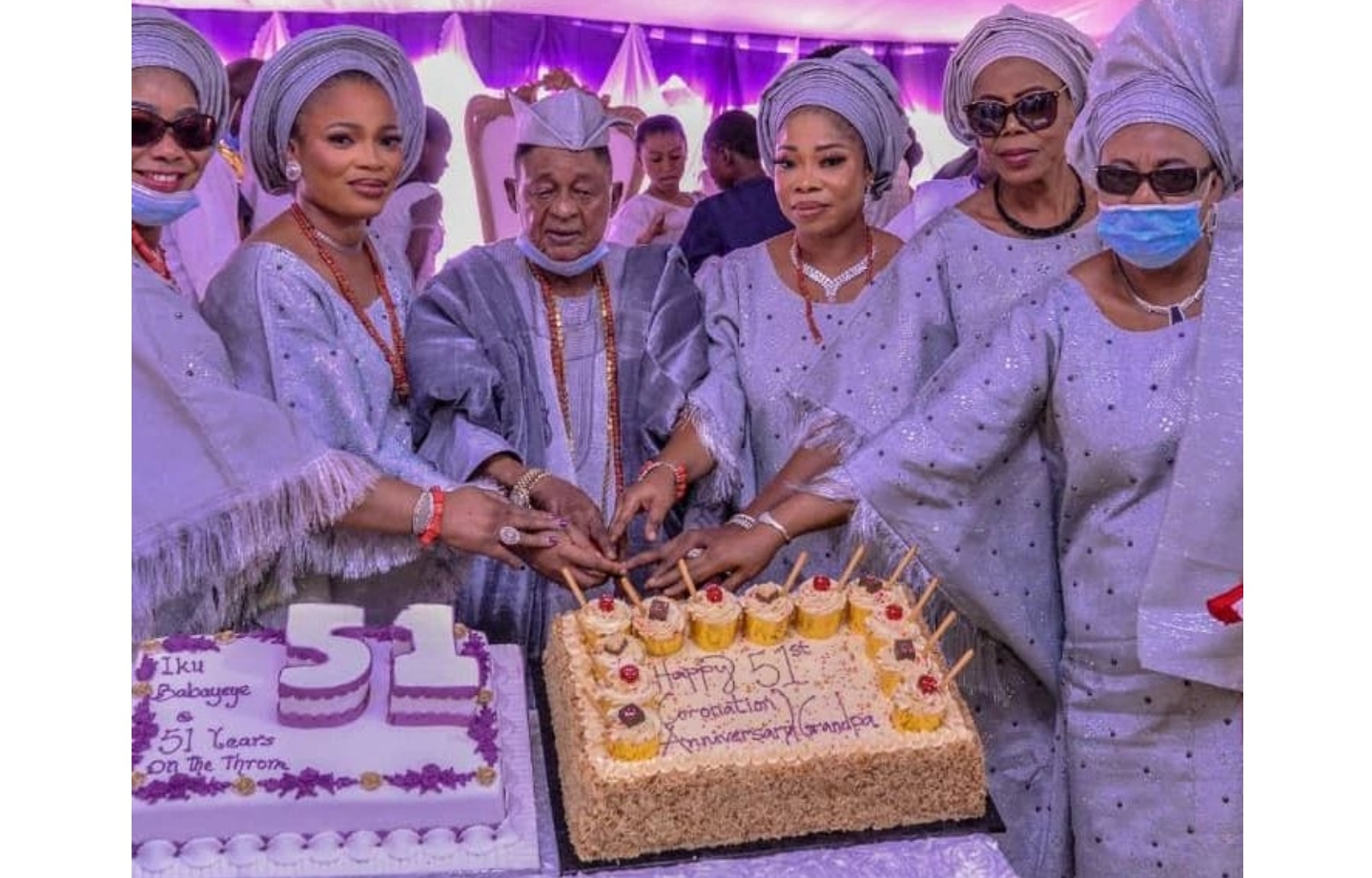 Over the weekend, the popular Yoruba king of Oyo state, the Alaafin of Oyo, Oba Lamidi Adeyemi celebrated his 51st coronation anniversary,

The 83-years-old Alaafin of Oyo, Oba Lamidi Adeyemi was joined by his Oloris, family members, and well-wishers at the coronation anniversary event. See more photos of the monarch and his wives below.

In another news: Annie Idibia, a well-known Nollywood actress and the wife of Nigerian icon 2baba, took to Instagram to celebrate her stepson’s 16th birthday. Annie Idibia shared a video of herself and her stepson bonding as mother and son, and many netizens praised her for being a nice stepmother to him.

Annie Idibia, the actress, shared and captioned the video, characterizing her stepson as the man of the house after her husband, 2baba, and expressing her pride in him while complimenting him on being remarkable and incredibly amazing as part of the family. Annie Idibia described her beautiful stepson as a total gentleman, profound, intellectual, quiet, and serene, and she considers herself blessed to be known as his mama. READ MORE AND SEE VIDEO

"She don get belle?" -Reactions as BBN Angel shows off her beautiful b**bs tattoo (Video)

Mummy G.O in high happy spirit as she visits Dubai; shows off her luxury wardrobe in a hotel (Video)

#BBNaija :: The guys list some of their favorite physical attributes in females (Watch)