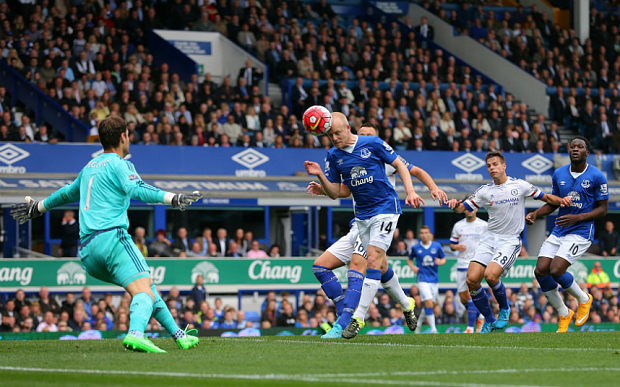 Chelsea vs Everton: Predicted Line up and predicted score

Chelsea is to face Everton for the second of the 2019/2020 EPL season, it has been really tough for the blues with major losses in the champions league and the premier league but Lampard boys came back with a blow for the match against Liverpool in the FA cup competition.

Everton, on the other hand, is not a slice of soft meat, so it will definitely try it best to outplay the Blues in their own homes. Ancelotti has been a very good influence on the team which was once at the beginning of the season a disaster.

Everton has beaten Chelsea (3-6)on aggregate in their last five matches in the Premier League and thus it will be difficult for Lampard boys to triumph over them.

Chelsea possible line up against Everton

Everton possible line up against Chelsea

With the formation that might be set up by Chelsea boss, this match has a higher percent of ending with a draw but with the display of Chelsea against Liverpool, they should have a win, so our predicted score is 1-0 win for Chelsea or a draw.

Igbos will know they are no longer Nigerians if denied presidency in 2023 – Former Governor of Anambra State, Uche Ezeife

After Adesua Etomi Wrote A Love Letter To Banky W On His Birthday, See How He Replied Her😍