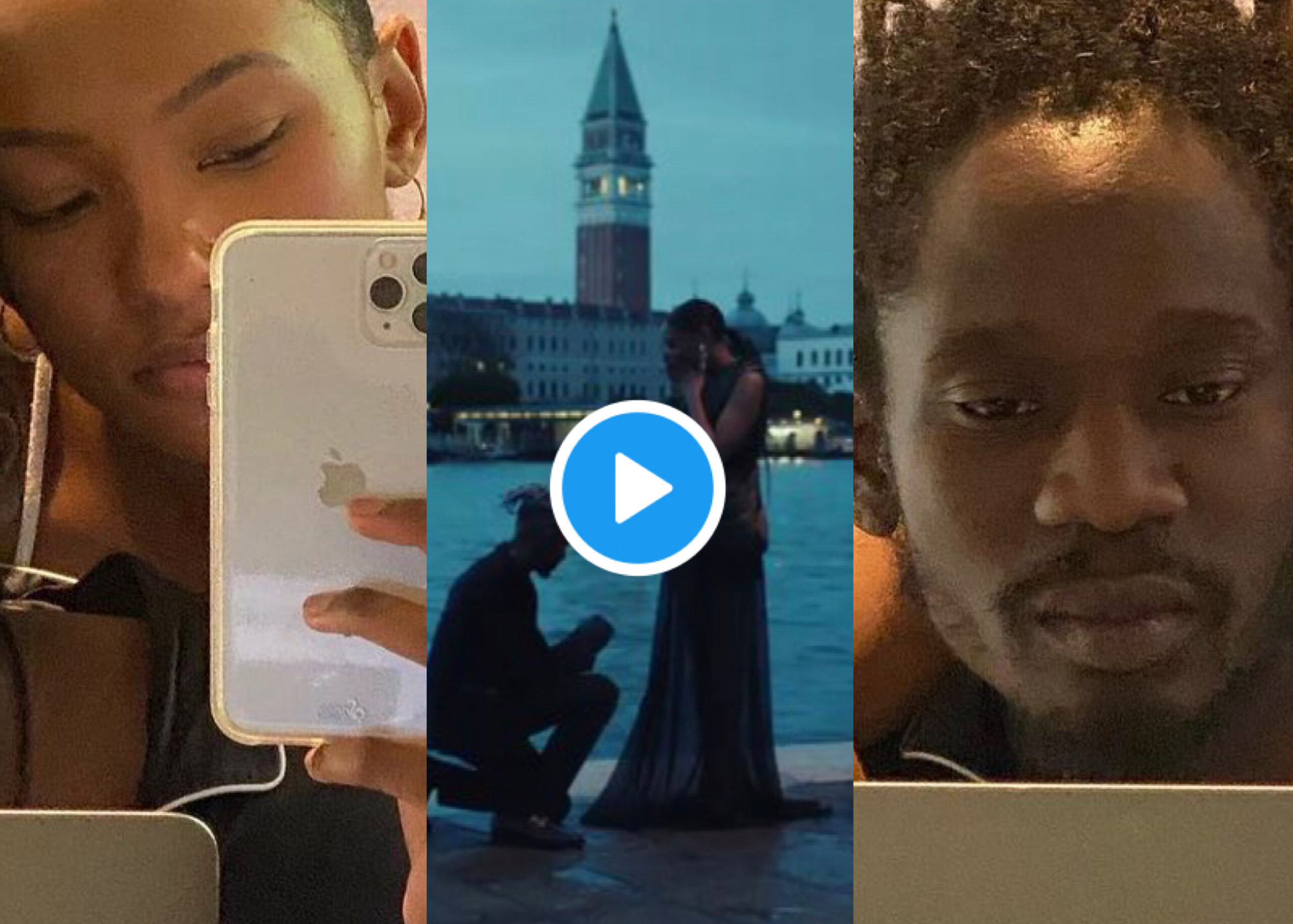 Popular afro-pop singer, Oluwatosin Ajibade who is known as Mr Eazi just proposed to the love of his life, Temi Otedola, the daughter of Nigerian billionaire, Femi Otedola.

On Sunday, April 10, 2022, the couple announced the momentous news on their social media pages.

Mr. Eazi and Temi have one of the most beautiful and intriguing partnerships in the Nigerian entertainment industry.

the singer told also shared how he met the millionaire heiress in 2018.

“I met Temi in London. It was an event, her sister invited me for an event. Her sister was playing at the event, somewhere in Nightbridge and she said, oh come out come out, follow me to this event, so I followed her to the event and then she was deejaying and all of a sudden it was just me and Temi sitting down and just watching her,” he said.

However, Eazi stated that Temi’s sister, DJ Cuppy, never formally introduced Temi as her sister or him as a friend.

“Not really, she didn’t like meet my sister, you know, she invited her sister, she invited me. And by the time her sister came, she was already playing, so her sister came to the table and it was me and her. So, obviously, you have to socialise, so I said, Hi what’s up, my name is Mr Eazi.”

Congratulations to my favourite couple on their engagement! 💍….I’m so happy that my lil sister @TemiOtedola 👰🏽‍♀️ has found her personal person! Yo @MrEazi 🤵🏾I’ve always wanted an older brother, WELCOME TO THE FAMILY!….PS: I introduced you guys, so you better find me my own o!

Throwing shade? Juliet Ibrahim toasts to “a**holes” and “scumbags” after her ex Iceberg Slim said “Na cheat I cheat, I no kill person”

Flavour serenades his father as his Christmas gift for him (Video)