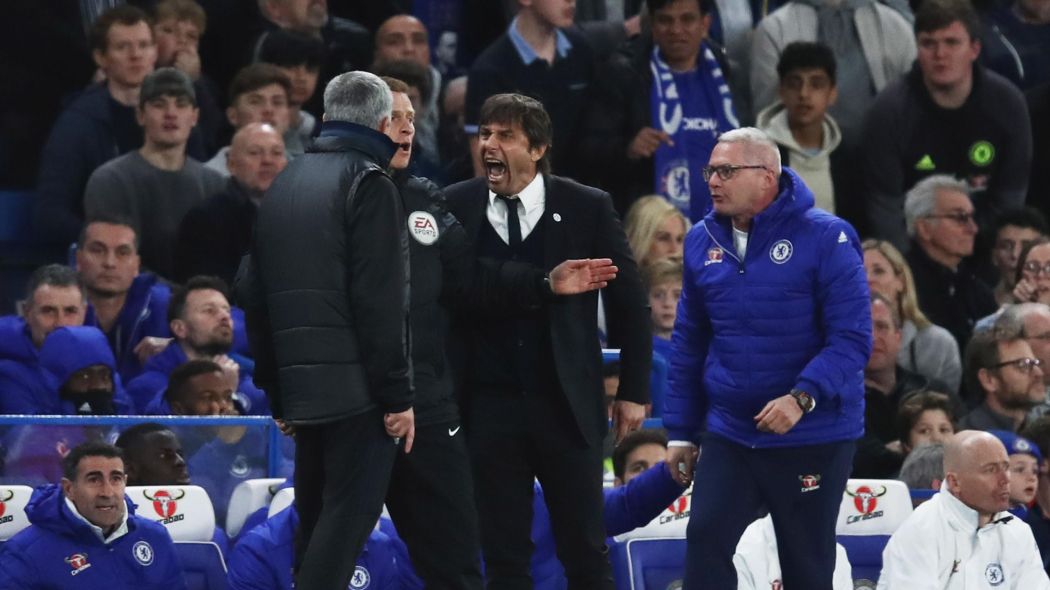 Conte vs Mourinho: Conte reveals how his 4-0 win over Mourinho in Man Utd affected him

Antonio Conte has revealed how he felt about his 4-0 win over Jose Mourinho during his time at The Blues.

Mourinho who joined the Red Devils after a year of being sacked from the Premier League Giant club suffered a huge loss to Conte’s men and the Italian described the win as a turning point for him at the club because it boosted their energy.

Conte vs Mourinho: Conte suffered a 2 loss match out of 6 when he got to Chelsea and an embarrassing 3-0 loss to the Gunners but as soon as he got his tactics of 3 man back, he used it to thrash Mourinho’s men. he said;

“I live my job in an intense way!” Conte told Sky Sports after he was asked about his wild goal celebrations.

“Sometimes I show my passion and I want to share my happiness with the fans. I had an amazing relationship with Chelsea fans.

“That game was important for us because when you win 4-0 against a top team it’s a boost because we understood very well that we could fight to win the league.

“This game gave us confidence and belief in ourselves and we created a fantastic relationship with our fans.”

Antonio Conte only spent two seasons at Chelsea FC before moving to his country to coach the informed Inter Milan. He won the EPL in his first season and the FA CUP for Chelsea FC.

BBNaija: “Neo, You Will Be Evicted Next Week” – Dorathy Tells Neo (Video)

#BBNaija : The moment Arin got pissed 😡 at Niyi and Maria (Watch)