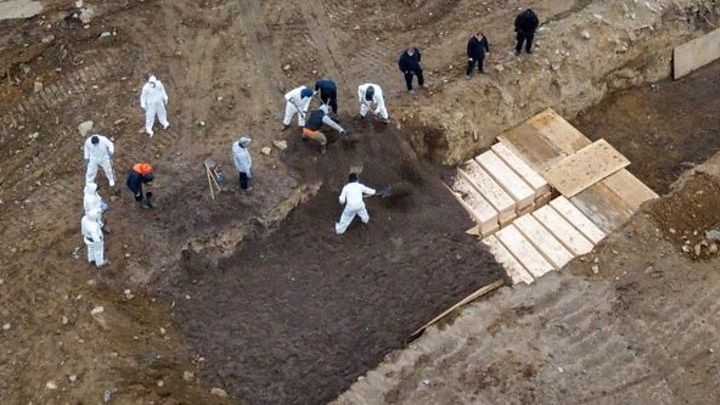 The united states of America’s government are finding it very difficult to contain the virus as new more cases grow and the US has now more recorded death caused by Coronavirus than Italy who was on top of the chart.

According to Johns Hopkins University, over 20,000 people have died from the pandemic in the US and in the north of America (North American country) over 2,000 death were recorded making them the first to record such death toll of caused by the virus in a day.

According to public health experts, US could record over 200,000 death caused by coronavirus over the summer if the stay-at-home rule is lifted for business to resume by the end of the month when it expires. The US health workers have recorded more death in a day than Italy in the past few days and it is not stopping, and New York is toping the chart in the US with death toll.

And according to Governor of New York Andrew Cuomo on the 11th of April, he said;

You can see that the number is somewhat stabilizing, but it is stabilizing at a horrific rate. These are just incredible numbers depicting incredible loss and pain.

The number of hospitalizations appears to have hit an apex, and the apex appears to be a plateau.

Still, people getting infected, still people going into the hospital, but again, a lower rate of increase.

He also added that the state’s curve “is continuing to flatten.”

President Donald Trump has declared all the states in the US as being under federal disaster.

Coronavirus: With faith in God, we will defeat COVID-19 – Gov Akeredolu

Main suspect in the murder of businessman, Chief Ignatius Odunukwe narrates how they killed Ignatius and why