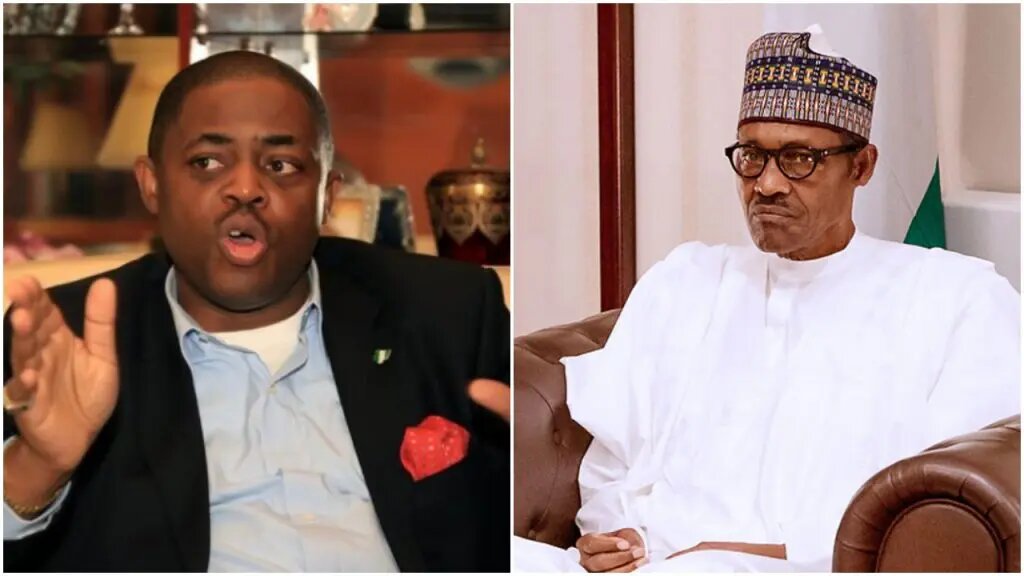 COVID-19: Buhari’s appointment is an error, he can barely manage himself – Fani-Kayode tells ECOWAS

Even with Laycon’s money, I can’t marry him, he’s too ugly – Lady says (Video)

“You people don’t have shame?” – Lucy blasts fans who asked about Nengi (Video)

“Kill me, choke me” – Mercy Eke tells Kiddwaya during her birthday party (Video)

COVID-19: Buhari’s appointment is an error, he can barely manage himself – Fani-Kayode tells ECOWAS

Former Aviation Minister, Femi Fani-Kayode has blamed the Economic Community of West African States, ECOWAS for giving President Muhammadu Buhari an appointment as the leader of the fight against Covid-19, describing it as mistake

Recall that ECOWAS had appointed Buhari as the “Champion that will coordinate the COVID-19 response in West Africa.”

In a tweet, the former minister said the President can barely manage himself, hence the possibility of managing a sub-region was in doubt.

He tweeted: “The greatest mistake that the ECOWAS leaders have made is to appoint @MBuhari as the leader of the fight against Covid-19.

“This is a cataclysmic error which they will deeply regret. He can barely manage himself and now you ask him to manage a sub-region of 400 million people?”