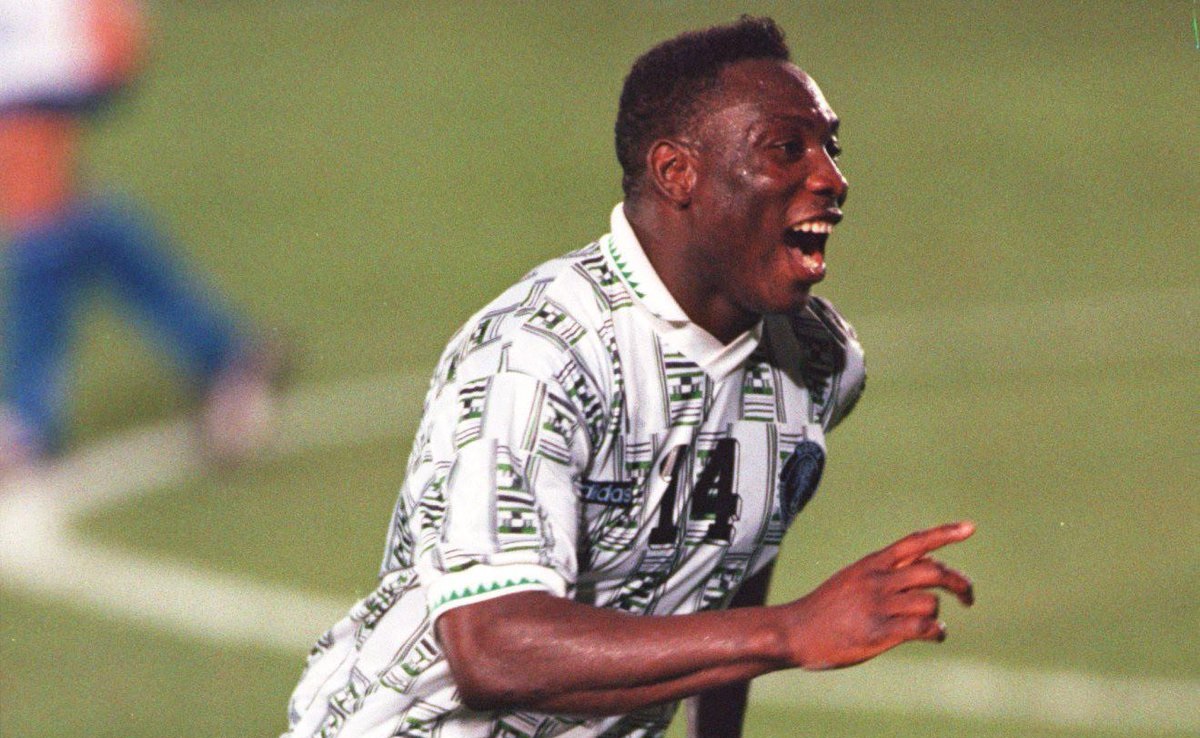 A statement released by Garba Shehu, the presidential media aide, said as Nigeria’s Football Ambassador, Daniel Amokachi will assist the Federal Ministry of Sports Development to scout for young talents, be part of processes to revive the country’s football development, as well as guide young men and women who are into athletes.

Daniel Amokachi who is 46 years old was a member of the 1994 Super Eagles Team that won the African Nations Cup in Tunisia, he was also involved in the Nigerian Olympic football team that participated in the 1996 Atlanta Olympics and won the Gold Medal.

Daniel Amokachi also played with Everton in England where he won the FA Cup in the year 1995, Daniel Amokachi has managed Nasarawa United and Enyimba Football Club of Aba after retirement.

Media personality, Shade Ladipo collected the gifts she bought for her ex after a break-up

#BBNaija: Kiddwaya made me get strikes in the house – Erica speaks after her disqualification (Video)