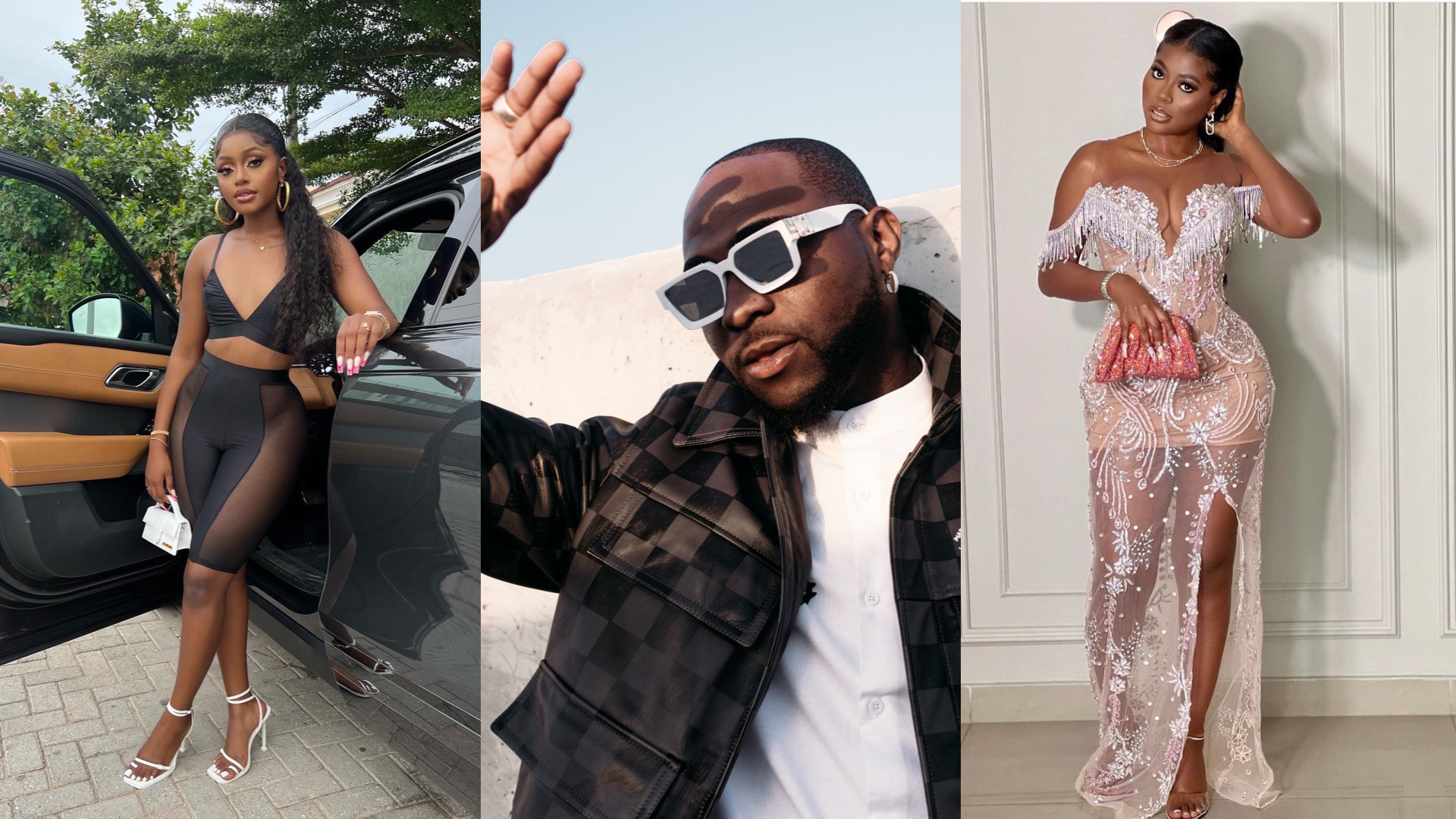 Amid rumors of an affair between popular singer David Adeleke, better known as Davido, and social media influencer Ama Reginald, a revelation has arisen that Reginald routinely sleeps in the singer’s house.

In previous reports, Davido has been linked to Ama Reginald. Netizens also suspected that the crooner purchased the Range Rover SUV she flaunted a few weeks ago.

According to a recent story by a gist and gossip blogger identified as GistAngel, Ama Reginald now spends more time with the artist, sleeps in his residence on a regular basis, and cruises in his private jet.

READ ALSO: “This is rude” – Netizens slam Nini for ignoring Israel DMW while he was spraying her money at her event (Video)

“Tor una remember our old customer Ama Dem say mama don dey sleep for Davido place regularly now, be like Sophia and Ama dey chop Davido now as Chioma just dey low-key on her own trying to stay out of online Drama. Ama self don dey follow Dem enter private jet God is Good ooo another congrats don dey come. I just say make I update for those way no believe when I first drip the Gist on April 7th. Na Ama dey rain now and as for that her friend hair boss Abi waything be her name way say na she buy Ama that house. Instead make una give credit to OBO una dey hide up and down, hair boss ko na dremo ni, person way don dey share cloth with Davido, but make una Sha say congratulate to Ama agin, make I use that one hold body for other repackaged bloggers, well las las OBO go reach anybody”.

“Is my daddy the man in your life?” – Davido’s daughter, Imade question her mum, Sophia; she replies (video)

Iyabo Ojo blows hot, reacts to an allegation that her daughter, Priscilla, is a “highway pr#stitute”

Music executive, Ubi Franklin, reacts to insinuations that he has a 5th babymama (Video)