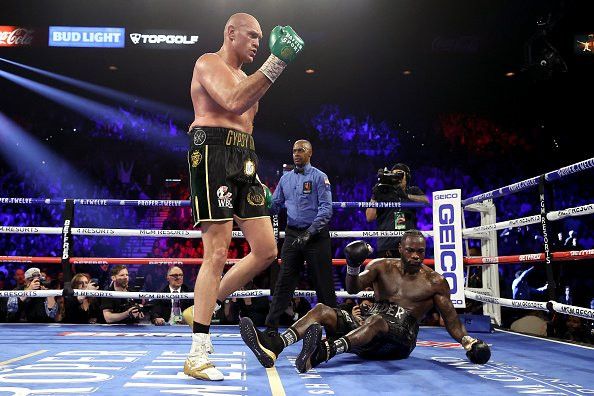 Deontay Wilder has hinted he could hang up his gloves if Tyson Fury defeats him in their trilogy fight.

Recall that the American boxer lost to Tyson Fury back in February in their rematch before activating his rematch clause for a trilogy fight with the British heavyweight champion in an attempt to take back the WBC world heavyweight title.

The trilogy fight was which was initially scheduled for July 25 is expected to be delayed due to the Coronavirus pandemic.

Speaking prior to the bout, Wilder said he is confident the fight will take place this year but hinted that he could hang up his gloves if Tyson Fury beats him again.

‘I’m cutting my grass, I’m getting rid of a lot of snakes in the grass.

‘This time has allowed me to look back, dig in the weed and see what was really going on. You can have a lot of great people around you, but certain jealousy of people you can’t control.

‘Everybody wants certain things, everybody wants what you have but they don’t want to work as hard as you, to sacrifice as much as you.

‘People get envious of the things they can’t have, I had to weed out, change up certain things.’

Nini and Saga were posted up on a boat cruise with roses and gifts, courtesy of shippers (Video)