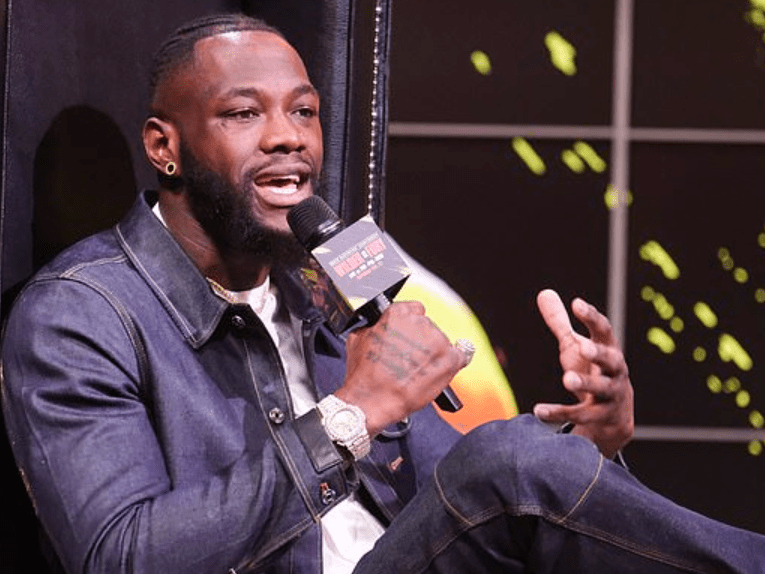 Deontay Wilder has been battling depression for quite some time now and has finally opened up on how he wanted to kill himself after he gives birth to his first child, Naieya.

Deontay Wilder who is the World Heavyweight champion had his daughter in 2005 with “spina bifida”, a spinal condition that nearly left her unable to walk.

Becoming a father at the of 19 to a child with a health issue, the American boxer said he struggled financially to pay his daughter’s medical bills and this led him to depression. He also said he planned suicide shortly after taking up boxing in 2006.

‘It was very hard being 19, having my first child born with a disorder.

‘We all prayed that our kids are born healthy and when you get a challenge in life, especially when you’re a young adult and trying to go through life and your own path and find your own journey.

‘And then you have a bigger task in front of you and your child needs more love than the normal child and when you’re barely making ends meet when money goes through your hands it goes right through because of bills and other things.

‘You’re going from paycheque to paycheque, I’ve done that, I’ve been there, I know what it feels like.’

Deontay Wilder and Tyson Fury are to have an extremely anticipated rematch later this month.

"A grown man can't be a fan of an artist?" - Singer, Billie Eilish asks as she defends Drake, 33, for sending her a text when she was 17

#BBNaija: I regret picking Maria as my Deputy – Pere Says