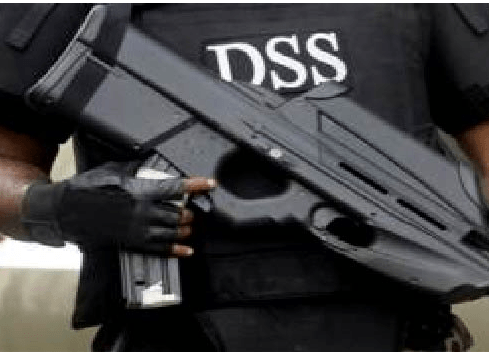 The Department of State Services (DSS) has sparked off a new round of controversy after reportedly giving an anti-kidnapping manual to Very Important Personalities (VIPs) in the country.

Daily Trust reported that the manual which provided tips against kidnapping, was sent to the Central Bank governor, Godwin Emefiele through a letter dated January 17, 2020, and acknowledged on January 20, 2020.

The handbook titled: ‘Kidnapping, why me and my family’, was also reportedly sent to top government executives, including heads of government agencies, departments, boards and parastatals.

The foreward of the anti-kidnapping book which was signed by Ahmed Salisu on behalf of the Director-General of DSS, partly reads:

“Following in-depth assessment of kidnapping trend across the states of the federation in recent years, and the seeming lack of awareness of basic preventive tips and guidelines among the populace, the Service as part of its proactive measure against the crime has produced a handbook, aimed at sensitizing Very Important Personalities (VIPs)…”

The introductory note in the 19-page handbook reads;

“Given the pecuniary motive driving kidnapping activities, the affluent in the society become easy targets of attack. However, with the appropriate application of relevant security tips and guidelines, the vulnerability of Very Important Personalities (VIPs) to attacks can be reduced to its barest minimum. This handbook is therefore designed to specifically acquaint VIPs of important tips that would enhance their personal security and that of their family members.”

Some of the tips given in the book include;

“The following if not well managed could expose you to dangers of kidnapping: Your appearance and disposition; your level of popularity; occupying sensitive and important positions in the society; raving flippant and unguided aides; engaging inadequately vetted household employees; inordinate business transactions involving one’s bank accounts without adequate knowledge about intentions; entrusting confidential and personal matters into others; inappropriate disclosure of one’s itinerary, and living a flamboyant lifestyle and inappropriate display of wealth.”

“Recognize your self-worth; assess the threat level of your environment, and the perception of others about you in any given location.”

“Be humble enough to see things from your security aide’s perspective when you are advised not to visit an area. Your aides are your buffer against danger, take care of them.  Vigilance keeps you at alert when others are not. It entails being conscious of every activity/happening around you and your family…”

Part of the tips in the handbook given to the VIPs is to install Close Circuit Television Cameras (CCTV), maintain a moderate lifestyle and also avoid phone calls that discuss financial issues in the public among others.

The handbook has however given rise to concern as some Nigerians accused the DSS of overlooking ordinary citizens who are most vulnerable to the crime and placing their focus on VIPs.

When my husband proposed, I told him I’m lazy and hate house chores – Aisha Yesufu

Kano state to close its border starting on Friday