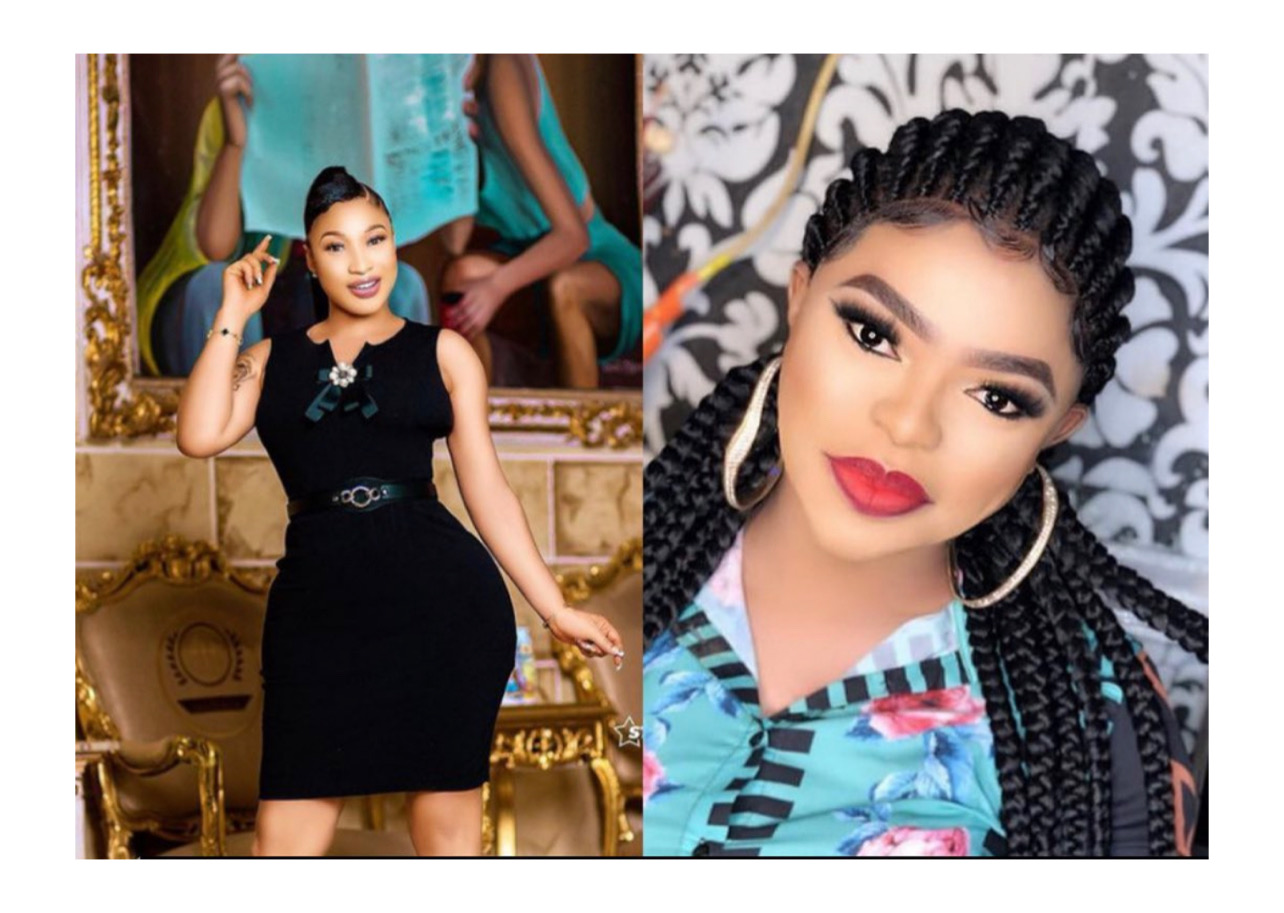 Nollywood veteran actress Tonto Dikeh has fired back at Bobrisky after the crossdresser claimed Tontolet was arrested and charged in court in Dubai for the possession of an illegal substance.

Bobrisky also noted in our previous post that he catered for the Tonto Dikeh after she was released from the custody of Dubai police.

Reacting to these claims, Tonto Dikeh released a video of some ladies on the phone with the self-acclaimed queen of Africa demanding he pays them. The ladies asked Bob where he is and he replied that he is not at home at the moment, unknowingly to him that one of his workers had told the ladies waiting outside that he is inside.

Adding to the video, Tonto Dikeh stated that she has about 4 people in her DM with proof of Bobrisky owing them. Tonto also went on to clarify Bob’s statement about being arrested for sm#king in the city of Dubai. According to Tontolet, she was never arrested in Dubia, she only had an issue with the Dubai police force for illegal filing and abusive words to the security.

Tonto Dikeh added that one can be imprisoned for up to 6/7 years for sm#king in Dubai, so she would not dare try it. She stated that Dubai has very strict rules and they uphold them to the end regardless of who the offender is.

READ THE FULL STATEMENT BELOW;

What really started Bob vs Tonto feud: Bobrisky’s former P. A, Onye reveals how it all started

“I don’t fear anybody, nobody was up to my level in that house” – Kiddwaya brags (Video)