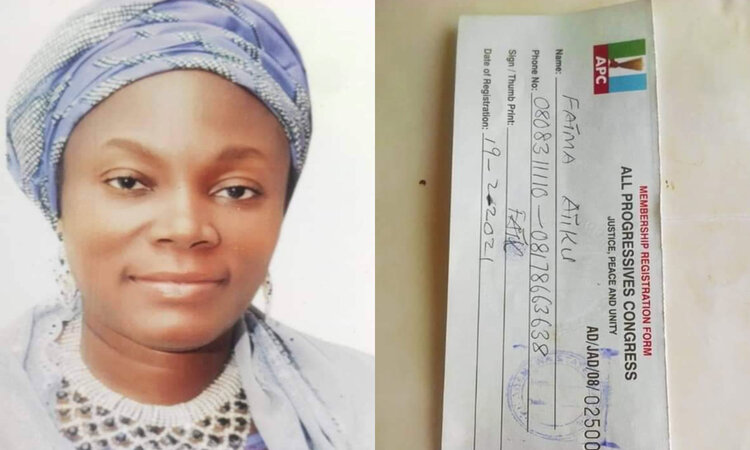 The Chairman of the APC in Adamawa state, Mr Ibrahim Bilal, confimed the registration of Atiku’s daughter as part of the political party as she decided not to follow her father to the opposition party (PDP).

The 49-year-old was appointed commissioner in August 2015 under the administration of former Governor Jibrilla Bindow and she registered with the ruling party at Ward 1. Unit 08, Jada Local Government Area of the state.

See the picture of her membership card below: