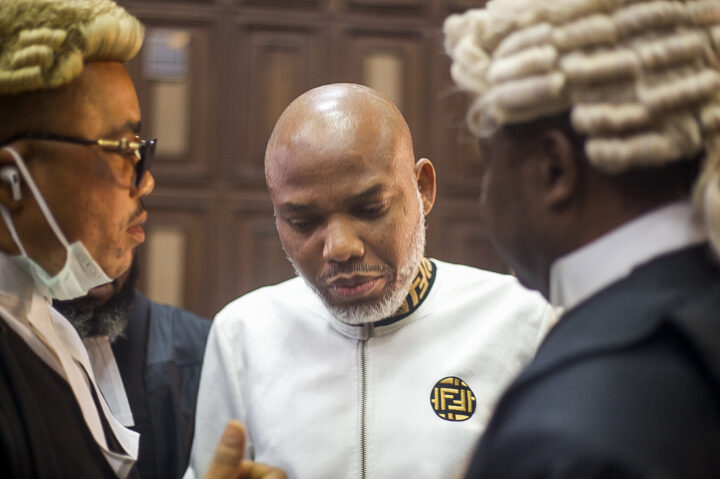 After a lengthy legal struggle with the Federal Government of Nigeria, Nnamdi Kanu, the leader of the Indigenous People of Biafra (IPOB), who is still detained by the DSS and charged with terrorism, may be released soon.

The bail hearing for Nnamdi Kanu, the leader of the proscribed Indigenous People of Biafra, has been scheduled by the Federal High Court in Abuja.

Hearings on Nnamdi Kanu’s bail application have been set for May 18th and 26th, 2022, according to the federal high court. Justice Binta Nyako issued the announcement on Friday, April 8, 2022.

It was also reported that Chief Justice Nyako dismissed 8 of the 15-count felony convictions against Nnamdi Kanu on Friday, April 8, because the evidence presented against the IPOB leader did not reflect the charges against him.

"If my husband 4ks up, I’ll marry another man, making it 4- 5 baby daddies. Is it your womb?" – Toyin Lawani fires back at trolls (Video)