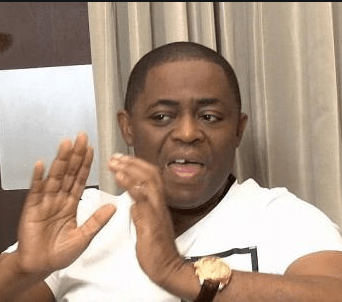 COVID-19: Femi Fani-Kayode causes controversy as he says Achimugu is the second person to die of coronavirus in Nigeria

Fani-Kayode said that Achimugu was the second person to die from the Coronavirus pandemic in Nigeria.

Achimugu, who returned to Nigeria from the United Kingdom a fortnight ago, started showing symptoms of the virus last Tuesday.

He was said to have died around 2:00am on Monday.

The Nigerian Centre for Disease Control (NCDC) confirmed the first death in Nigeria some minutes before Achimugu’s death was announced.

Fani-Kayode has reportedly said the Achimugu’s death us the second death to be recorded but it has not been announced by the Nigerian Center for Disease Control (NCDC).

“Former MD of PPMC Suleiman Achimugu has died from Coronavirus. He is the 2nd casualty in Nigeria. The 1st was an American who died in Ekiti state.

“Achimugu got back from the UK 2 weeks ago. May the Lord defend & protect our nation and people from this evil scourge and demonic plague.”

Manchester United to sign Odion Ighalo for £15m in the summer

“On this day 14 yrs ago, my life almost ended at 16” – Kechi Okwuchi recalls the tragic plane crash that took 108 lives