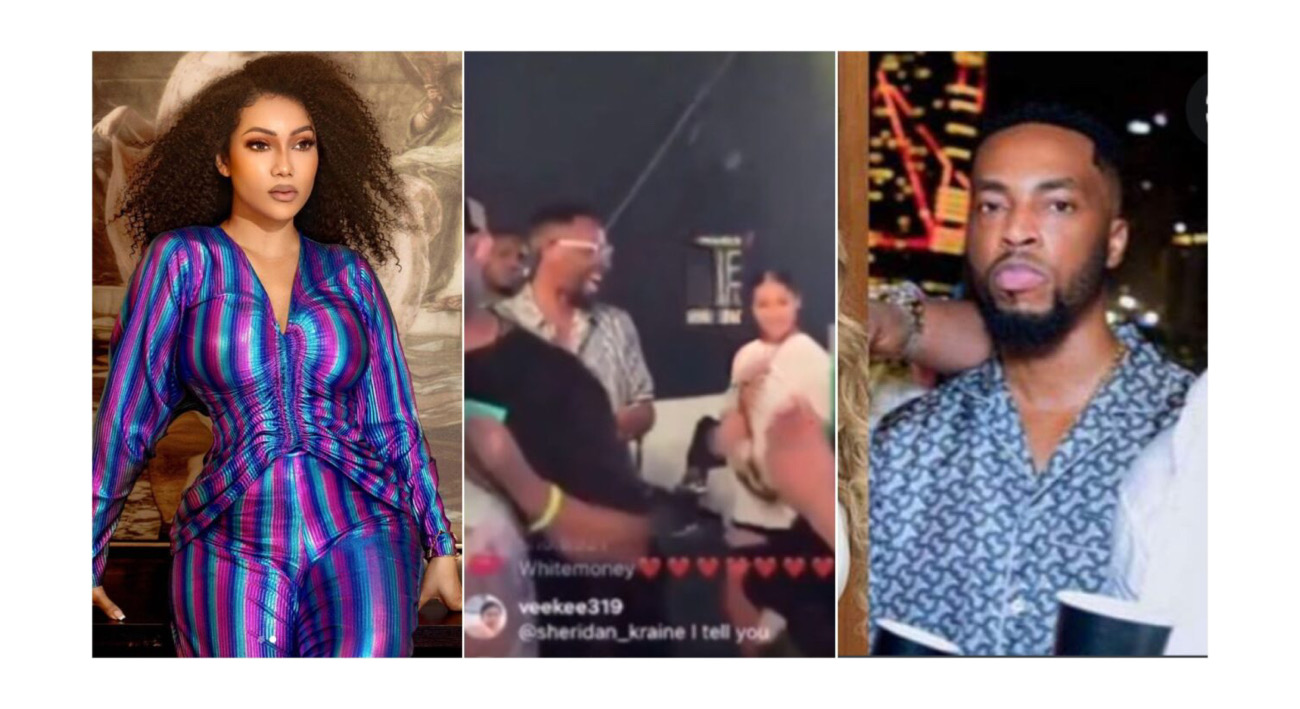 ‘Forever side chick, not even engagement ring’ – Netizens mock Maria Chike as she parties hard with her divorced-lover, Kelvin

Maria Chike Benjamin has been on the radar of online trolls ever since she was called out by Gistlover over the issue of “Husband Snatching” in late 2021.

In a new video circulating on the internet, the reality Tv star and realtor was seen with her alleged divorced partner, Kelvin who is a young billionaire based in Dubai.

They were spotted having fun in the club with some friends and families. Troll without skipping took to their keyboard to say she should be ashamed as she has not been upgraded to a fiance level. Read some of the comments below;

Showing off with someone’s husband on her face, where is our conscience, do we still have have fear of God hurting people is in invoke

Forever side chick. Not even engagement ring since 6yrs of side chicken Let Kelvin upgrade by putting ring in her finger for another 6yrs

“That is not r*pe, it’s not her 1st nor 5th time” – Tonto Dikeh reacts to viral clip of Chrisland students

“On top this spider-man style 😂” – Reactions as the lady in singer, Oxlade’s leaked tape calls him out once again for snubbing her after being disowned by family (Details)