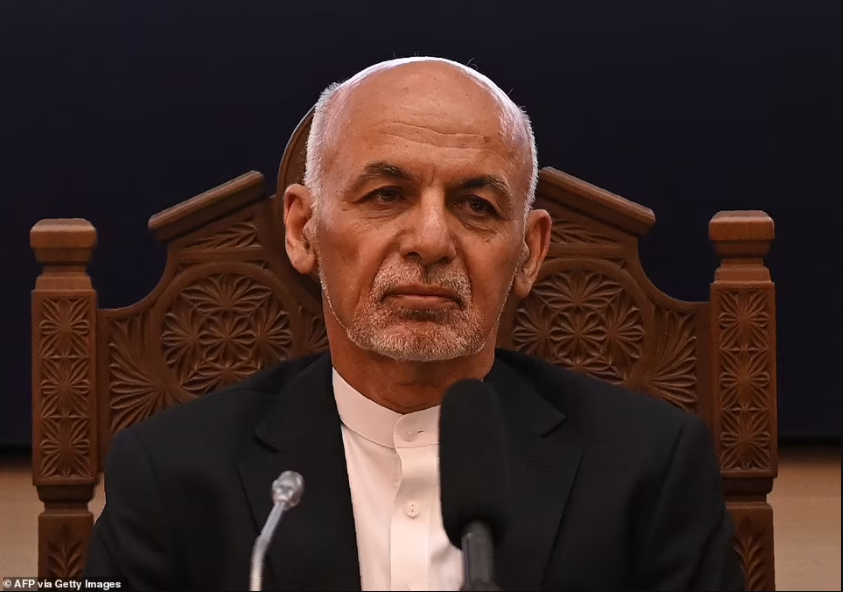 The Former Afghanistan 🇦🇫 President, Ashraf Ghani is said to be living in exile in Oman after fleeing the country following the Taliban’s takeover on Sunday.

According to a Russian source, the ex-president had ran off to Tajikistan after he fled from death or capturing by the Taliban.

Ghani giving up is power/fleeing means he had ceded power to the Taliban on the 15th of August, 2021.

All this happened after United state withdrew their troops from the Islamic country/ terrorist zone.

According to the Russian Embassy in Kabul, Ghani fled the country with four cars and a helicopter full of cash, but had to leave some money behind because it would not all fit.

The real location of the Ghani has not been officially revealed yet to the public but Russian sources insisted that he flew directly from Kabul to Oman, across the Persian Gulf from Afghanistan.

Al-Jazeera later reported that he had flown to Uzbekistan, citing his personal bodyguard.

According to a diplomat who is not officially named yet, he said ‘There is no exact information about the whereabouts of the escaped president. According to some sources, he flew from Kabul directly to the Sultanate of Oman.’

#BBNaija: JackieB ready to go all out with the ‘Maria’ a$$ kissing to stay in the game (Watch)