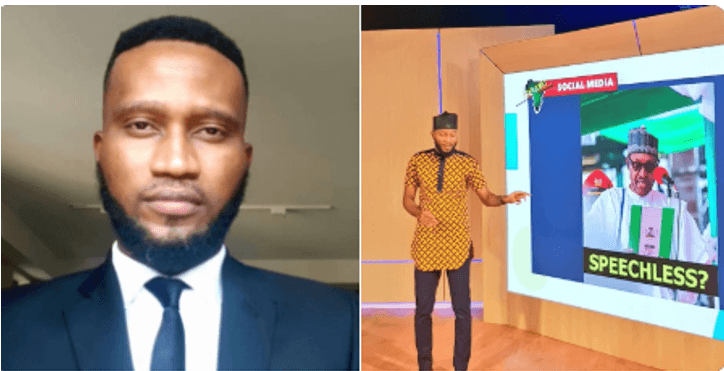 Former AIT presenter, Ohimai Amaize, who fled Nigeria in 2019 has been granted asylum in the United States following a dispute between the TV station and the federal government.

Ohimai Amaize announced on the 19th of January that he has been granted an asylum by the US government.

The National broadcasting commission (NBC) had said it will revoke DAAR Communications license over then tweets from Nigerians which was shown on AIT morning show, Kakaaki Social news which was anchored by Ohimia Amaize. The NBC had later on June 6 suspended the license of DAAR Communications Plc who are the parent company of Africa Independent Television (AIT) and Ray Power.

Mr Modibbo Kawu, who is the Director-General of NBC said the action was taken for the failure of AIT and Ray power to abide by the broadcasting code.

NBC in a letter with the title “Lack of Responsibility in use of content from social media,” which was addressed to the Group Managing Director of DAAR Communications Group, the NBC described the Kakaaki social edition of May 22, 2019, as “treasonable”.

For this reason Amaize left Nigeria for New York with his wife. In a short statement posted, he said;

“I have just received notice of my asylum approval. My forced exit from Nigeria last year has been a very traumatising experience for me and my family.

I am very happy and I thank God for this development. I can now live and carry on with my life without the fear of being persecuted by the Muhammadu Buhari regime for the opinions that I express or the work that I do as a journalist. Of course, I miss Nigeria so much because there is no place like home.

I hope that in the not too distant future, Nigeria will return to a true democracy where a free press, freedom of expression and the rule of law are respected.”

Hilarious moment:Goalkeeper sent off by referee after saving 2 penalties; a defender saved the last one