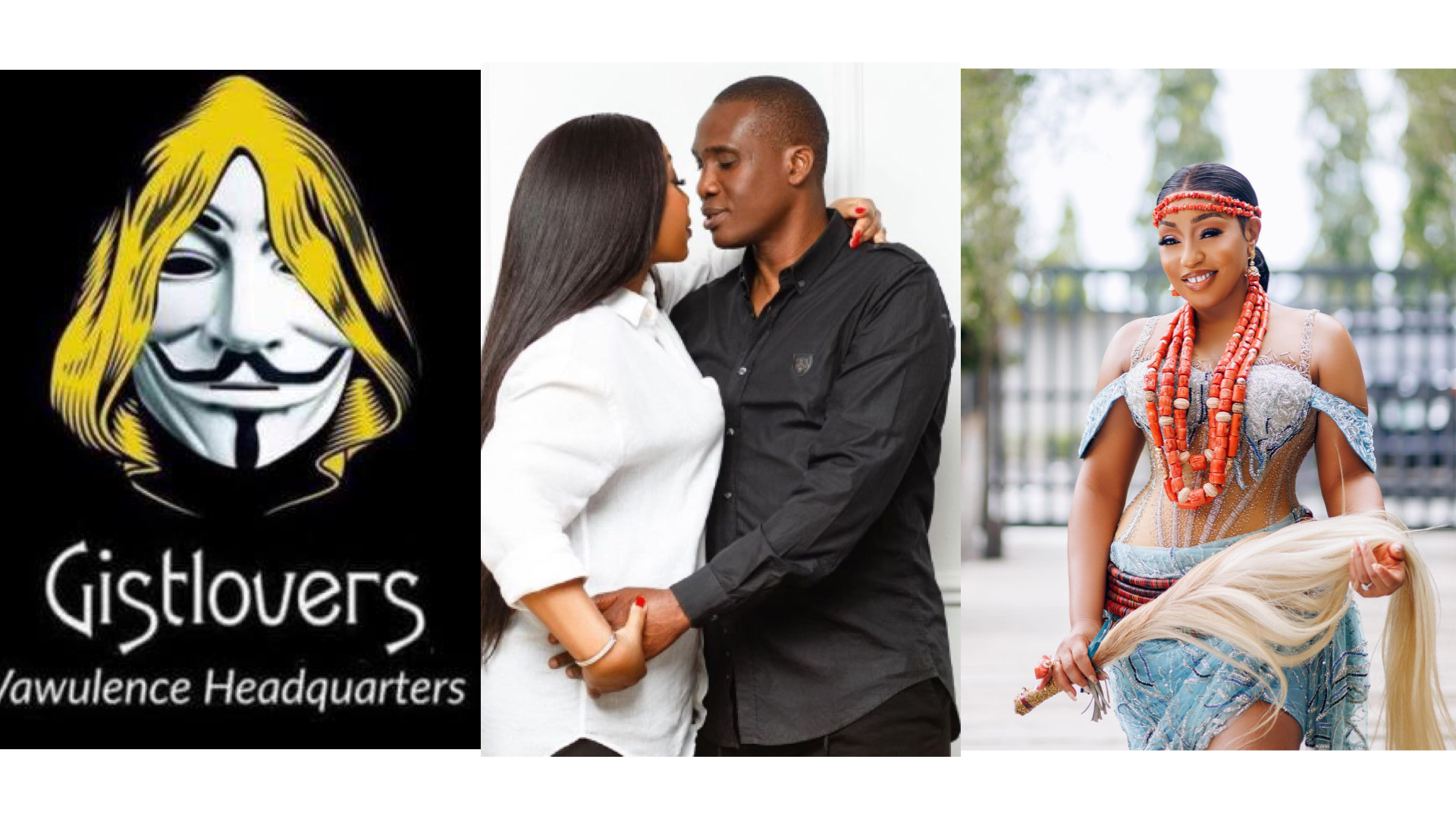 The popular and controversial blog, gistlover, in a post on the 17th of May, dropped a relatable clue about the two Nollywood stars that are allegedly in a relationship with Rita’s husband, Fidelis Anosike.

Rita and Fidelis Anosike tied the knot in a grand ceremony weeks ago and according to the faceless blog, Rita Dominic should be careful with her marriage as there are people/friends who hate and wants to backstab her.

READ ALSO: “This is rude” – Netizens slam Nini for ignoring Israel DMW while he was spraying her money at her event (Video)

Gistlover in a statement on its Instagram page said Rita is sharing Fidelis with two other fellow Nollywood stars who call themselves her friend. The blog added that Fidelis has been shuffling between the 3 of them and it is the major reason why Fidelis’s marriage to his wife, Chioma didn’t work.

Gistlover moved on by saying the two other Nollywood stars are expected to back off since Fidelis has decided to settle down with one of them which is Rita Dominic, but they still decided to share with their friend. The blog noted that it is not entirely their fault as Fidelis Anosike still grants them attention.

Gistlover proceeded as promised to drop a hint on the two Nollywood actresses involved in the act. The blog used “Auty U and Auty I” to describe the Nollywood actresses trying to ruin their friend’s new home. Going through the list of top celebrities that attended Rita’s wedding, many pointed to specific actresses.

Below is the list of top celebrities at Rita and Fideli’s wedding event;