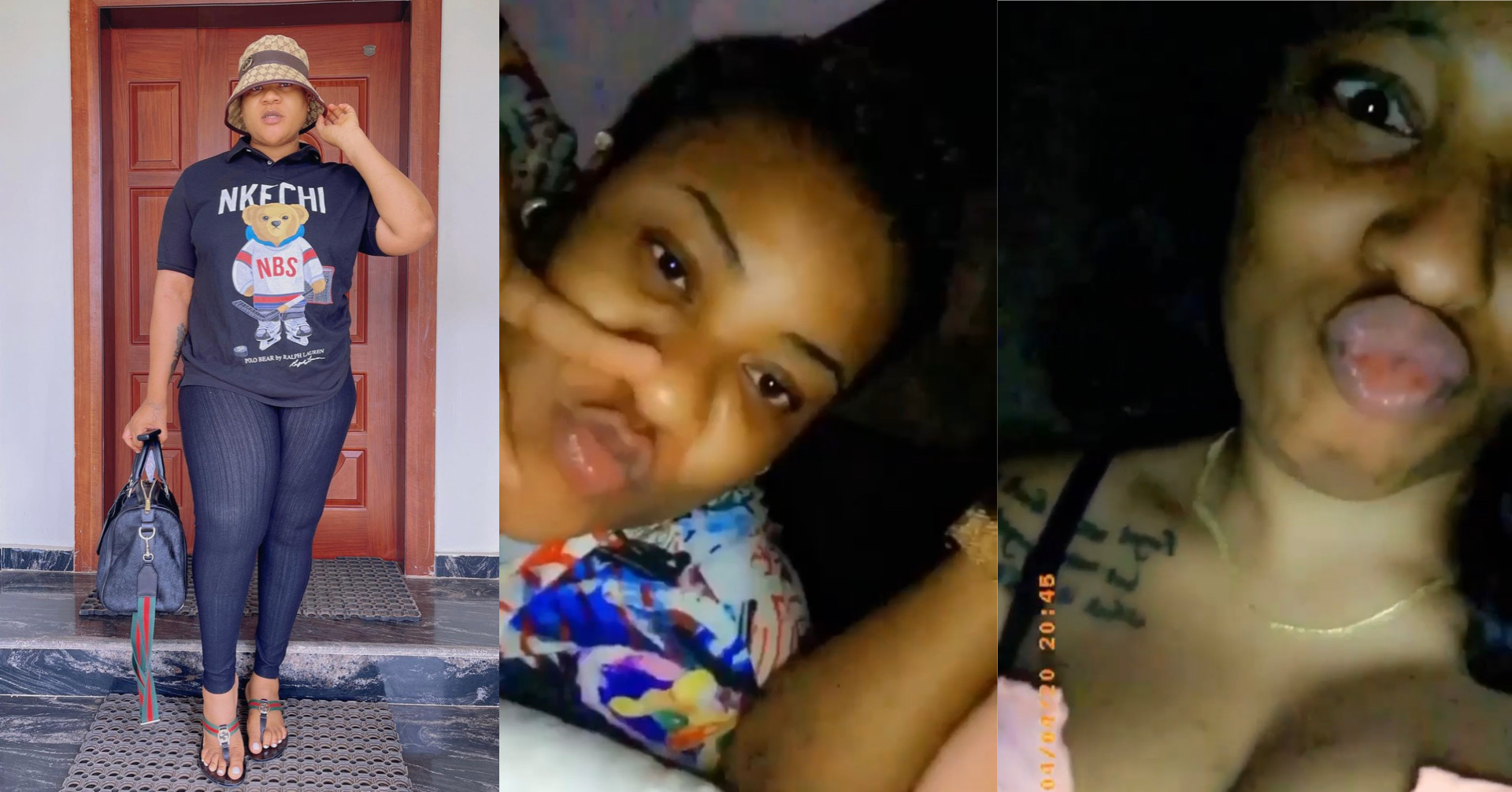 Nkechi Blessing Sunday is still caught in the web of controversial gossip blogger, Gistlover, as the blog has shared new information about the actress not only engaging in an un-denied act of l#s, but also attracting young girls into acts with her after filming a movie.

Gistlover also stated that the actress had a consistent female partner who is a famous actress but is now married. The gossip blog then shared a video of Nkechi Blessing with the woman who came forward to confess.

“So saying Nkechi Blessing be bi#e#ual isn’t for the fun of it and I am happy say she sef no deny am, infact her former partner use to be una nollywood favorite, although that one don marry now so I no know if she don stop 🤣🤣I no mention name tho but if the person do like oloriburuku we scatter everywhere again, for now na only Nkechi dey face warrant 😏😏😏

So apparently what Nkechi does is call all these instagram ebina girls,tell them to come shoot, fiam from shoot to bed, them begin lick plate right left and center

You can go and harass this girl for speaking her truth but it is what it is, the truth remains the Truth, even you sef no lie say you be lesbobo.”

"If my husband 4ks up, I’ll marry another man, making it 4- 5 baby daddies. Is it your womb?" – Toyin Lawani fires back at trolls (Video)