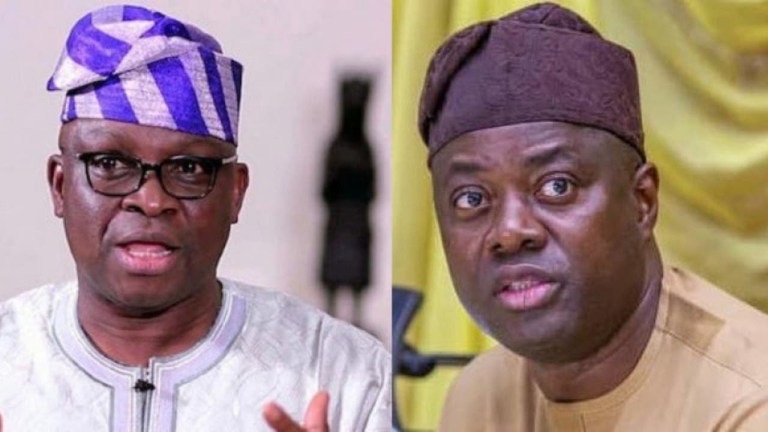 Former governor of Ekiti state, Ayodele Fayose made a shocking revelation about Seyi Makinde of Oyo state, describing him as a dangerous man.

In an interview with Channels Television, a video of some group of people threatening to kill him was shown to him and his reaction was that the people were associated with Seyi Makinde of Oyo state.

He said: “I have seen this video, what this gentleman was saying at the time, they came to the venue saying we are waiting for you here, we are going to kill you.

“This is the chairman of the road transport workers in Oyo State, this people came with Governor Makinde’s convoy… Everybody knows.

“This is enough to show the whole world if Governor Makinde, a first-time 2-year old governor, yet to be 2-year-old governor is parading characters like this,  it simply shows the kind of people behind him.

“By the accreditation, they initially said Oyo state had 115 people list, 104 accredited. Out of 104, 82 people voted. At the end of the exercise, the accreditation was 675, publicly announced.

“When you look at the alphabet, you will realise that a game was obviously going on.

‘Iyalaya yin o ni sun for dis Lagos. They tryna set me up today’ says CDQ after he was arrested for drug possession

James Brown, arrives a market in Lagos, in the company of military men (video)