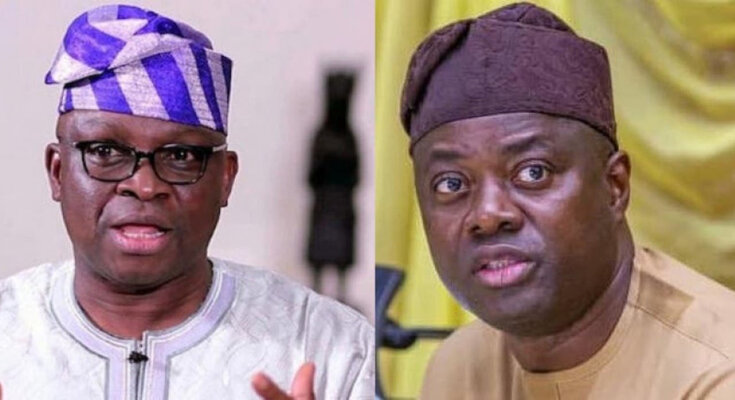 “Governor Makinde looks quiet but deadly; He is a dirty politician” – Fayose

Former Governor of Ekiti state, Ayodele Fayose has made a startling revelation that Governor Seyi Makinde of Oyo state is a “deadly person” even though he ”looks quiet.”

Fayose who revealed this in an interview on Channels Television in reference to a viral video that showed some thugs threatening to kill him (Fayose) if he attends the PDP congress which recently held in Osun State, alleged that the thugs who were making the threats were associated with Governor Makinde of Oyo State.

“I have seen this video, what this gentleman was saying at the time, they came to the venue saying we are waiting for you here, we are going to kill you.

“This is the chairman of the road transport workers in Oyo State, this people came with Governor Makinde’s convoy… Everybody knows.

“This is enough to show the whole world if Governor Makinde, a first-time 2-year old governor, yet to be 2-year-old governor is parading characters like this,  it simply shows the kind of people behind him.

BBNaija: Why I Was In The Shower With Ozo – Nengi Clears The Air