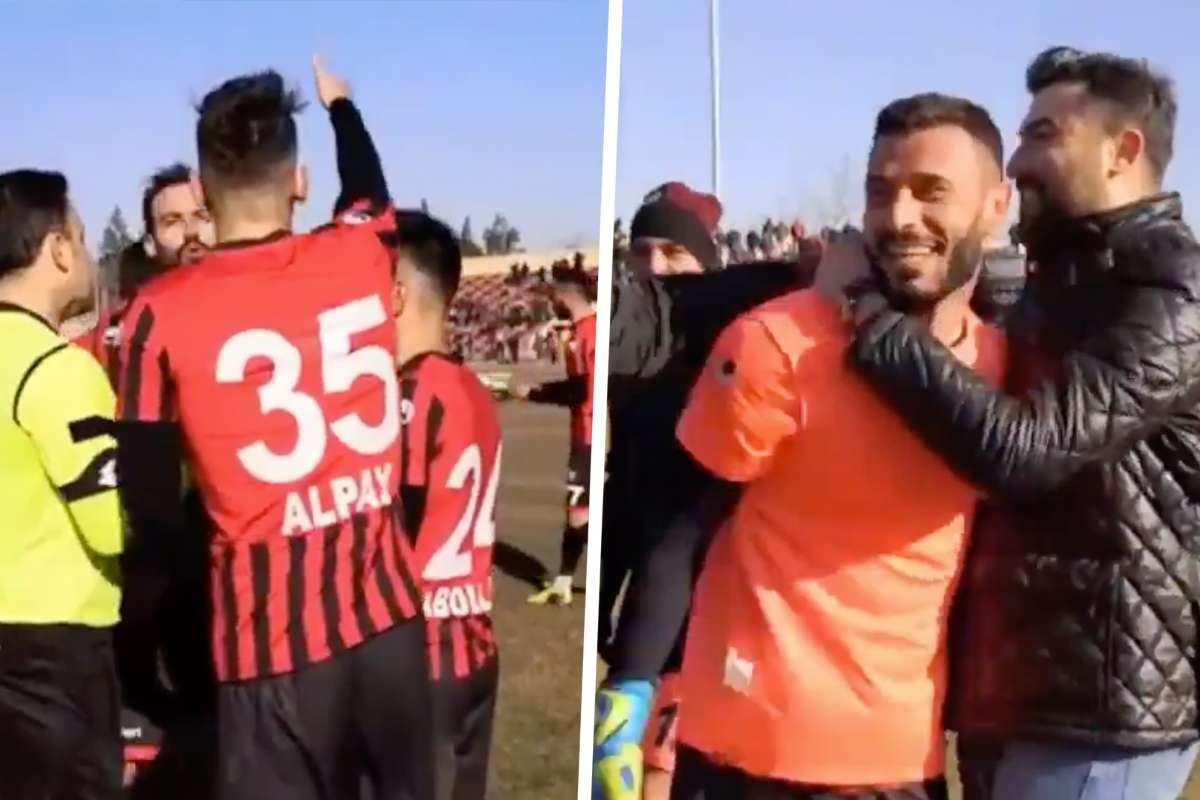 Hilarious moment:Goalkeeper sent off by referee after saving 2 penalties; a defender saved the last one

A Goalkeeper in Turkey, Ersin Aydin had a great day he’ll never forget as he helped his club Usakspor trash rivals Ergene Velimese in their league.

Ersin saved two penalties but was awarded yellow carded twice for stepping out of his line, so after he was sent off against Ergene Velimese, a defender, Levent Aktug saved another penalty which came as a shock to the players 😂.

This happened on Sunday evening with the match ending 2-0, the game would have had a more  tightening scoreline had the goalkeeper let the penalties be scored, but not only did Ersin keep his team away from goal, his teammate came up and also saved a penalty as he had no back up keeper.

Gas explosion alert: stop shaking your gas cylinder to check the level, do this instead