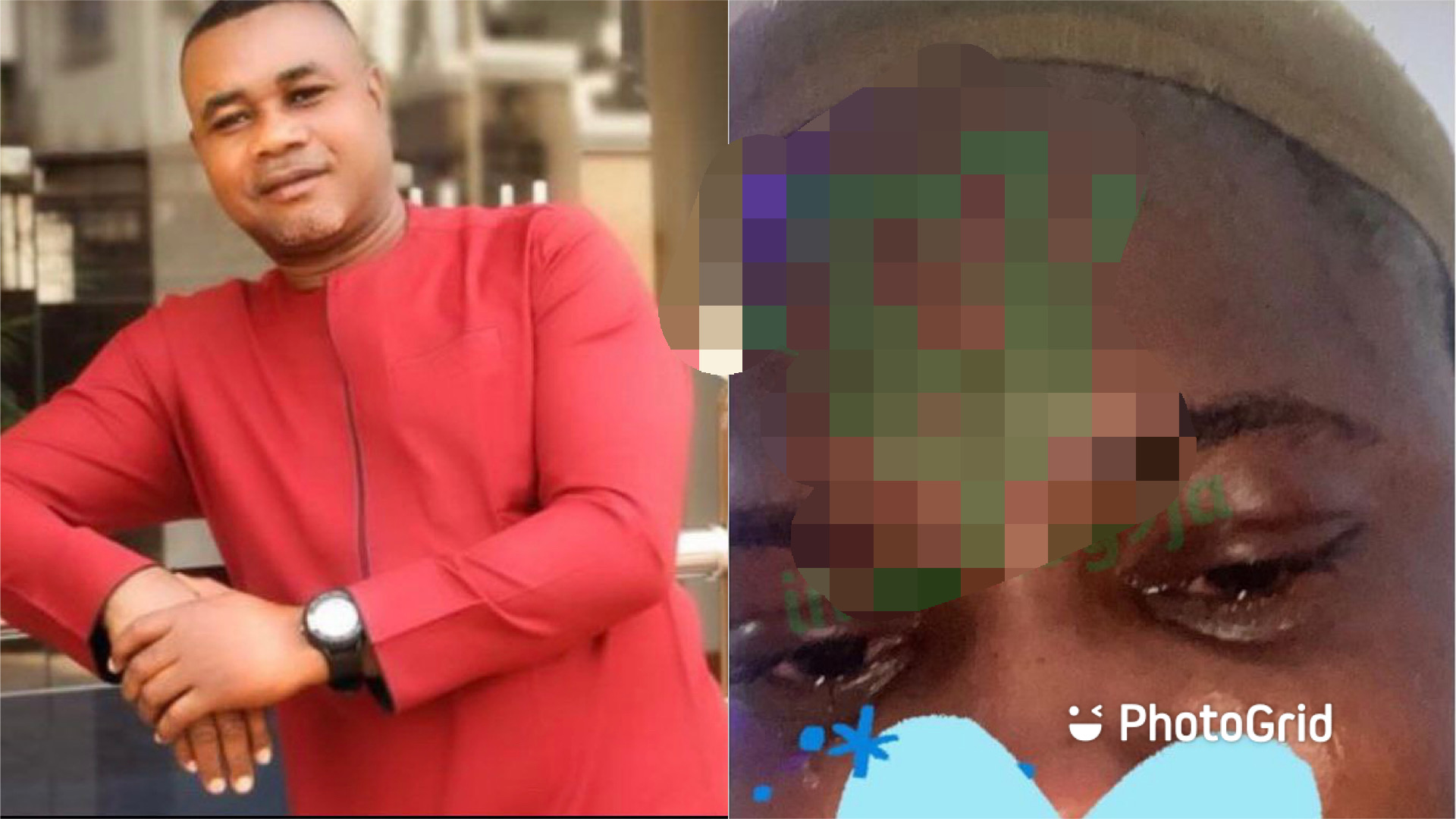 A hotel owner identified as Kingsley has been accused of a$$@ulting a lady he invited to his hotel in Abule Egba.

The lady who was reportedly be@ten to a pulp by Kingsley is identified as Jennifer. According to the report, she suffered severe injuries from Kingsley.

The incident reportedly happened on the 3rd of July and according to Jenifer’s friend’s narration, Kingsley has anger issues and it was confirmed by the hotel workers.

“The man owns Standard Luxury Hotel in Abule Egba, Lagos. The lady who is my friend met him three days ago and he invited her over to his hotel room.

According to her, he asked her if she was on her period and she told him ‘no,’ adding that he could verify if he wanted to. Angered by the response, the man then proceeded to call her unprintable names.

READ ALSO: Singer Tiwa Savage hints at a new relationship as she expresses fear for ‘fine girls’ in a concert (Video)

The one that tr#ggered him was when he asked her if she was m@d and she politely replied that she wasn’t, noting that if she were to be his relative, he won’t call her m@d unprovoked.

Kingsley went further to sl@p, be@t my friend to a pulp until she was rescued by hotel workers who confirmed that it was a regular occurrence for their boss to be@t women at the hotel.”

May D wanted a big car and a house in Lekki, that was why he left – Jude Okoye

Stop lying, you are depressed – Leaked chat between Regina Daniels and her mother