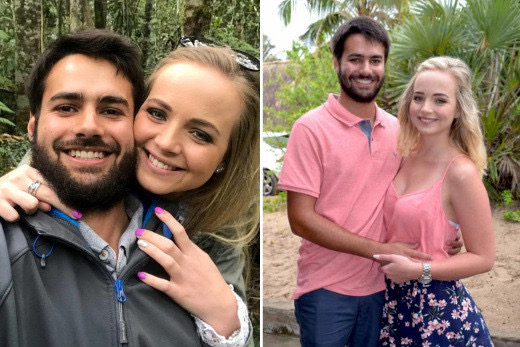 A hotel owner have been accused of murder after two of his customers were found dead naked a year ago from Carbon Monoxide poisoning.

One of their friend, Stephan found them dead in Kliphuis Guesthouse in the Eastern Cape of South Africa last year, 2020, on the 6th of April.

The name of the hotel owner is Kevin Pretorius and he is 47 years old. The couples who died in his hotel were due to be married last month, this year.

They were in South Africa 🇿🇦 for a mini-vacation when they met their end.

With no scratch on their body, a toxicology report later found out that they died from carbon monoxide poisoning, added that the couples blood contained more than 70 percent of the deadly gas.

With the reports from experts and some statements from witnesses over 12-months of investigation, police then charged Pretorius with two counts of murder.

Pretorius was granted bail this week and is due to appear in court on May 24.