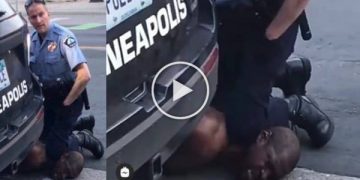 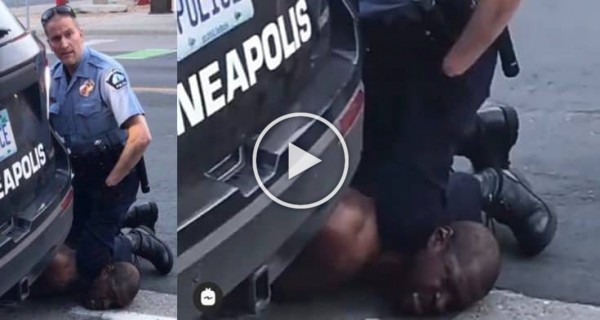 FBI has joined in the investigation into the death of a Black man identified as George Lloyd who died on Monday, 25th of May after a Minneapolis police officer knelt on his neck with force to keep him pinned to the ground after being handcuffed.

In the video, George didn’t resist arrest at all, and was said to have performed a fraudulent transaction at a store.

Another police officer said “Get up and get in the car,” but how could he, it’s clear that the man can’t get up unless the officer stops pinning him down.

When he was really helpless, George started screaming for his “grandma.”

He was also heard saying: “My stomach hurts, my neck hurts, everything hurts.”

Some people approached the scene and told the officer to get off him, a person pointed out that George’s nose had started to bleed but the officers didn’t listen. The man then stopped moving and appeared to be given up as the ambulance arrived at the scene and placed him on the gurney to take him away to the hospital where he was announced dead.

The video, which was captured by a Facebook user Darnella Frazier, was captioned,

“They killed him right in front of cup foods over south on 38th and Chicago!! No type of sympathy #POLICEBRUTALITY.”

The Minneapolis police later released a statement which reads;

People and some Black celebrities have reacted to the incident on social media platforms while some people have demanded the prosecution of the white police officer.

The police officers were reported to have been sacked but to some people said it’s not enough. 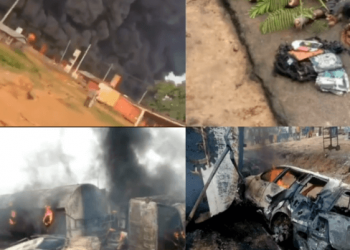 #BBNaija: “I have done liposuction, if you want to use it against me, use it” – Nengi (Video)

Another virus has emerged from china as a man dies from it: Hantavirus