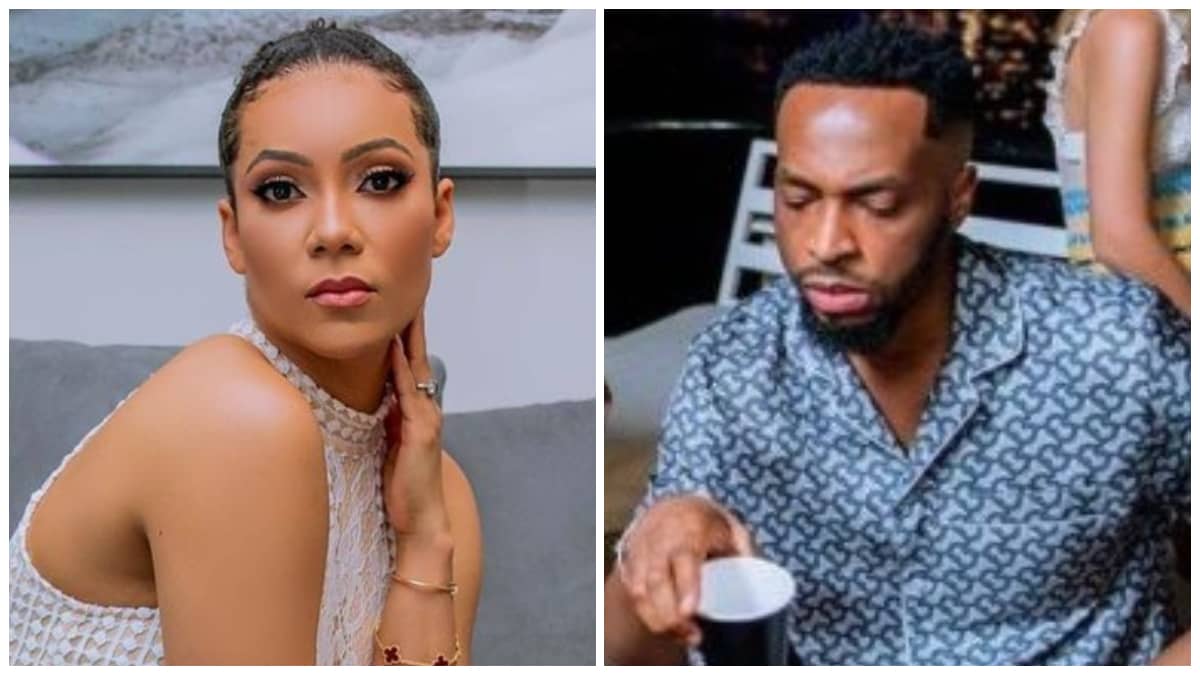 Maria Chike Benjamin, a former Big Brother Naija’shine ya eyes’ housemate, has responded to rumors that she is dating numerous men.

READ ALSO: Yul Edochie spills his facts on a woman being influential & richer than a man in a relationship

The controversial gossip blog, Cutie Julls, had accused the reality star of cheating on her Dubai-based boyfriend, Kelvin.

Apart from Kevin, Maria is said to be in an intimate relationship with a prominent male artist, according to the blog.

READ ALSO: “So fake, trying to use Davido’s name to promote his album” – Fan slammed Wizkid for professing love for Davido after ignoring him many times (Video)

To make matters worse, the reality star was apparently dating two other men, a wealthy businessman and a wealthy preacher, in addition to the entertainer. The blog wrote:

“Hmmmm Shey Kelvin says he will leave his wife and be following madams. On authority, I confirm to you that apart from Hunku kelvin whom I no too sure if he is still in charge o. But the fully chest confirm gist is that una fly girl dey knack a very rich top male entertainer, a very wealthy businessman and a very wealthy pastor.

So Hunku kelvin even if anything, he is not the only one fully in charge.

Like how she is able to multi task to satisfy all 3 of them baffles me. Remember after the APC primaries, I hinted a gist? Maria Maria, I greet you. Hian! Ezewanyi….I pull cap for you. Maria fans, in case you want to type nonsense, please your madam to dare deny make we finish business”.

Reacting to the claims, Maria Chike said Kelvin and herself laughed over all the rumors of her dating other men. She added that Kelvin knows that there is no room for dishonesty between them, and also Kelvin takes good care of her and her family so she has no reason to be into runs.

“And for the rumours of me sleeping with several married men including a pastor, we both laughed at it cause we literally breathe each other’s air day in day out and no room for dishonesty. When and if I ever start doing “runs”, not that I have any intentions of this or knock anyone off their hustle but my man do look after me and my family is also very much okay took after me and I work my ass off to look after myself. And also if I ever chop breakfast l chip it with ice cream.

Cause this is life but I’ll always be happy that’s given and I promise myself that on God’s given earth. But for now, I just want to dance under the sunset, make nobody stop my enjoyment”.